Misuse of Shanghai overprints on cover 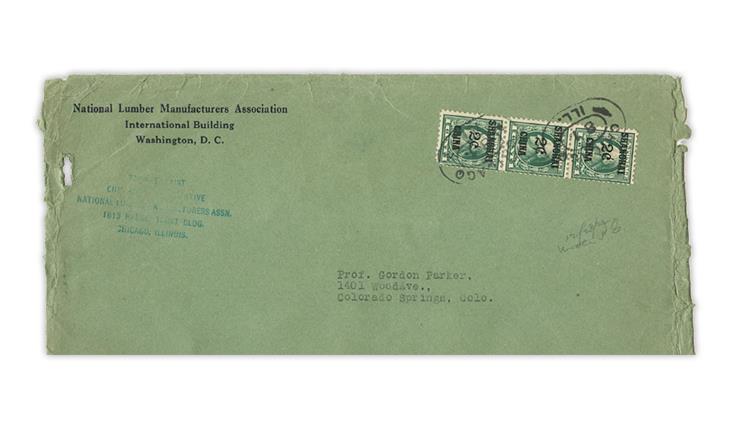 Figure 1. Something about the postage paid on this (graphically cropped) cover troubled the recipient, prompting him to write to the Post Office Department. The answer was that Shanghai-overprinted stamps were not valid in the United States. 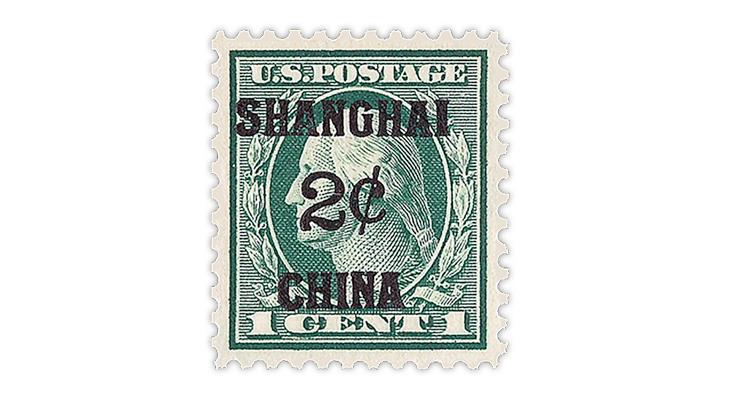 Figure 2. The 1¢ green George Washington stamp was overprinted and surcharged to 2¢ in 1919 for used on mail dispatched from the U.S. Postal Agency in Shanghai, China, to addresses in the United States.
Previous
Next

Trying to figure out a sequence of events pertaining to a cover is not always easy, but here is what I think happened with the cover shown (photographically cropped) in Figure 1.

The cover, which seems to have contained a publication from the National Lumber Manufacturers Association, was sent from Chicago, Ill., franked with three United States stamps overprinted “SHANGHAI 2¢ CHINA.”

Often called the Shanghai overprints, these stamps can be found in the back-of-the-book section of the Scott Specialized Catalogue of United States Stamps and Covers.

The stamps were not distributed for sale from post offices in the United States, but they were for sale for a short time at the Philatelic Agency in Washington, D.C.

The three stamps on the Figure 1 cover are Scott K1, the 2¢ surcharge on 1¢ green George Washington stamps (Scott 498). An unused example of the overprinted and surcharged stamp is shown in Figure 2.

The 3¢ in original postage on the cover would pay three times the basic printed matter rate of 1¢ per 2 ounces, but these stamps are revalued to 2¢ each. Since we no longer have the enclosure, we don’t know if it weighed up to 6 ounces or up to 12 ounces.

The cancel is mute, so there is no date, but the Shanghai overprints, 18 in all, were released in 1919 and in use at the U.S. Postal Agency in China until late 1922.

A penciled note below the third stamp on the cover indicates a receipt date of Dec. 23, 1922.

The recipient, Prof. Gordon Parker of Colorado Springs, Colo., may have been a stamp collector, or maybe not. In any case, he recognized that there was something amiss, and he must have written to Washington asking whether the Shanghai overprints were valid for use in the United States.

Back came a prompt response from the third assistant postmaster general, dated Dec. 28, 1922. No shilly-shallying here, his answer clearly states, “United States postage stamps surcharged ‘Shanghai China’ are not good for postage in the United States.”

Even with unanswered questions about it, I am pleased to have this cover to add to my collection of illegal postage.