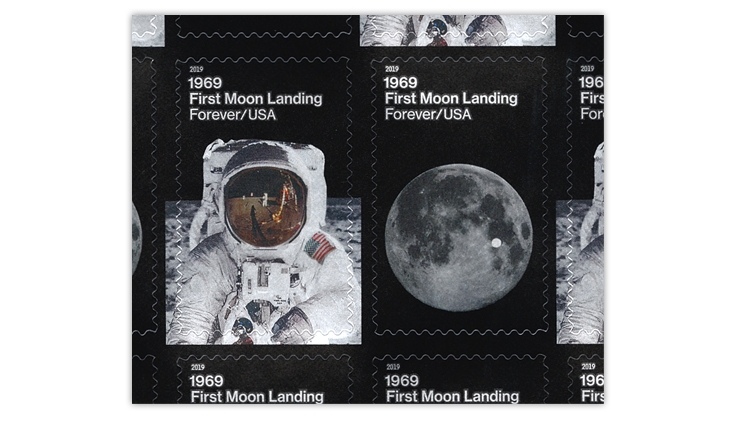 Two United States forever stamps commemorating the 1969 first manned moon landing were issued July 19. The stamps have a shiny silver effect because they were printed on a chrome paper.

As Linn’s Stamp News reported in the Aug. 12 issue, the two nondenominated (55¢) stamps have an unusual silvery cast.

USPS technical details described the stamps as offset-printed in cyan, magenta, yellow and black inks. No silver color was listed.

An inquiry placed by Linn’s with the Postal Service was not answered before the Aug. 12 article went to press, but the following day, USPS spokesman Roy Betts explained why the stamps have a silvery cast.

“The effect was created by printing CMYK [cyan, magenta, yellow and black] on a metallic chrome paper stock,” Betts said.

The stamp is the latest new issue to show shiny or metallic effects, but the first to utilize chrome paper stock in the process.