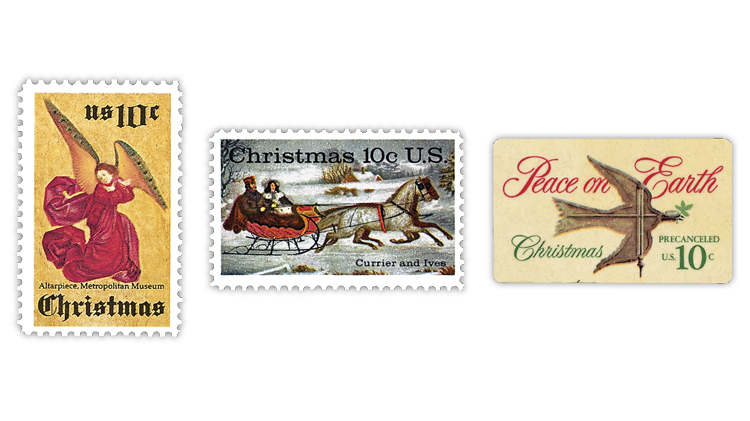 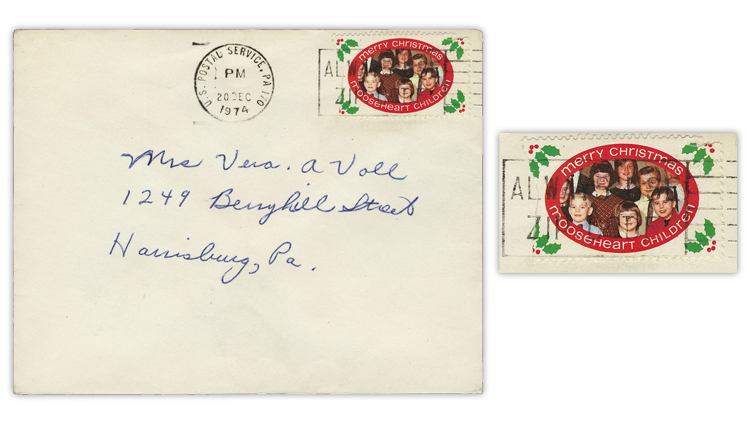 Figure 2. Bearing a Mooseheart fund-raising label, this cover from the Christmas season of 1974 made it through the postal system without a postage due charge. Mooseheart is a residential childcare facility in Illinois.
Previous
Next

By 1974 the annual Christmas issues were well established, because the first United States Christmas stamp had been issued a dozen years earlier in 1962 (Scott 1205).

These 1974 stamps were commemorative-size and colorful, so perhaps it should not be a surprise that an obvious Christmas-themed cinderella (a postage stamp look-alike) could pass on the 1974 cover shown in Figure 2.

The label is inscribed “Merry Christmas – Mooseheart Children.” This is not a family portrait; Mooseheart is a residential childcare facility located 38 miles west of Chicago. Dedicated in 1913 by the Moose fraternal organization, it’s a home for children and teens in need, from infancy through high school.

Thus, the label was created for fundraising in support of Mooseheart. It was sent to donors both in thanks for past donations and to encourage new ones.

The person who used the label on the envelope shown in Figure 2 probably didn’t realize it was not a valid postage stamp. And in the high-volume Christmas rush, the Postal Service didn’t notice.