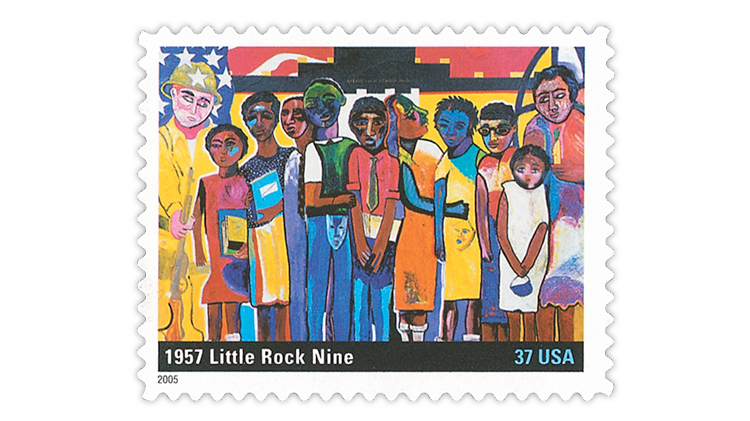 Figure 1. This 37¢ stamp from the 2005 To Form A More Perfect Union pane of 10 presents a painting of the Little Rock Nine, the teenagers who desegregated Central High School in Little Rock in 1957. All nine were alive when the stamp was issued. 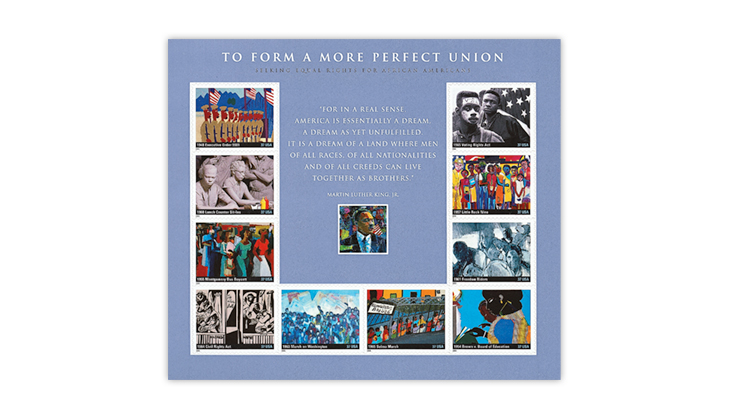 Figure 2. Other stamps in the To Form A More Perfect Union pane may depict people that were still living when it was issued Aug. 30, 2005. 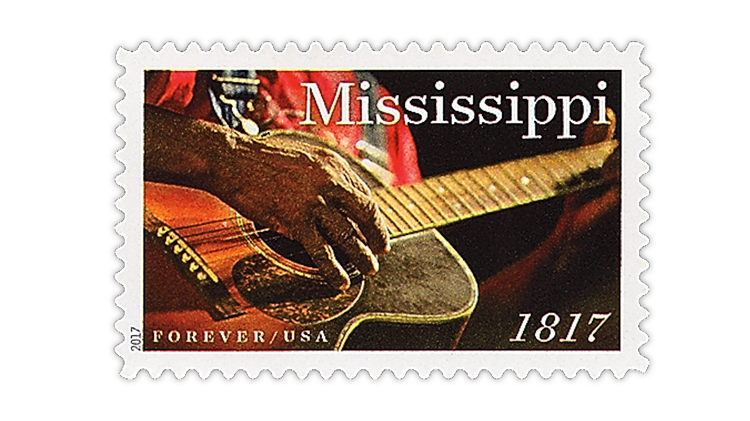 Figure 3. The arm playing the guitar belongs to Jimmy “Duck” Holmes, a blues legend who was the subject of the 2009 photo used as the source for the 2017 Mississippi Statehood forever stamp.
Previous
Next

I have two new stamps to add to the list of living people depicted on United States stamps. One stamp was issued in 2005, and the other in 2017.

The first is the 37¢ Little Rock Nine stamp (Scott 3937d) from the To Form A More Perfect Union pane of 10. I should have thought of putting that stamp on the list before now, but must credit an article in the July 2018 issue of Guideposts (subtitled True Stories of Hope and Inspiration).

The article, “My True Home,” was written by Melba Pattillo Beals, one of the Little Rock Nine, the nine African-American teenagers who integrated the all-white Central High School in Little Rock, Ark., in 1957.

Figure 1 shows the stamp. In the design, the nine students are portrayed in an acrylic and collage on canvas painting by George Hunt.

The 2005 Linn’s U.S. Stamp Yearbook includes a photograph from the first-day ceremony at Little Rock showing Beals and the other members of the Little Rock Nine now accomplished adults. Beals also spoke at the event.

Figure 2 shows the To Form A More Perfect Union pane. Other stamps in this pane are likely additions to the list of living people on stamps. The Voting Rights Act stamp (3937b) is the outstanding example as it was based on a photograph. But so far as I know, the men in the photograph have not been identified.

The second stamp to add to the list is the Mississippi Statehood commemorative of 2017 (Scott 5190), shown in Figure 3. The design of this forever stamp features a guitar player, but does not picture his face.

Still, the 2009 source photograph used by the designer of the stamp has been acknowledged to be of Jimmy “Duck” Holmes, a blues musician and proprietor of the Blue Front Cafe. Part of the Mississippi Blues Trail, the Blue Front Cafe is said to be the oldest surviving juke joint in Mississippi.

There are now more than 75 U.S. stamps identified as showing people who were living at the time the stamp was issued. Most of these stamps have been mentioned in this column over the years.

I would be happy to provide a copy of my list of these stamps to any Linn’s reader who sends me 20¢ in mint postage (to cover photocopying) and a stamped, addressed business-size envelope. Alternatively, you can send an email request, and I’ll send you a scan of the list. Send your request to John Hotchner, Box 1125, Falls Church, VA 22041-0125; or email it to jmhstamp@verizon.net.