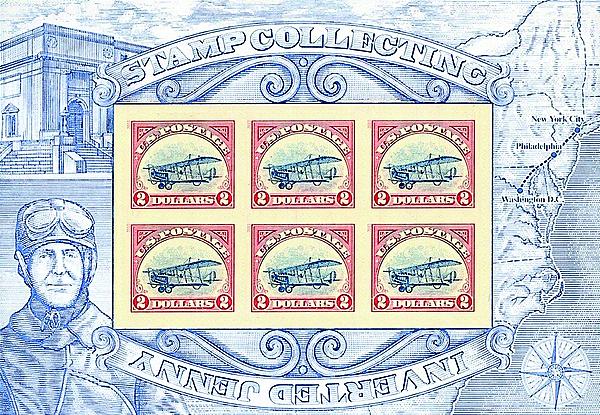 The latest upright $2 Jenny Invert pane was discovered by a stamp dealer in New Jersey.

It took a purchase of 300 panes of $2 Jenny Invert stamps, but stamp dealer Ross Wiessmann is the latest new owner of the intentionally created variety with the airplane flying right side up.

Wiessmann called Linn’s Jan. 24 to report his find. He purchased 300 panes from post offices near him in New Jersey and opened all of the packages, which he said took a while.

His thoughts behind the large purchase were that he could use the stamps for postage or sell them at a discount below face, commenting that this amounted to a “cheap lottery ticket.”

With the odds of finding one of the 100 intentional varieties estimated by Linn’s to be 1 in 19,000, Wiessmann’s gamble paid off.

After opening every pack he bought, he did not spot the variety at first, so he discarded all of the packaging that came with the stamps — including the cardboard backing printed with the United States Postal Service telephone number to call to report the find.

Once he discovered the pane, Wiessmann submitted it for expertization and grading at the Philatelic Foundation in New York.

The foundation provided the image of the pane pictured on page 28, as well as a scan of the back of the pane, which shows a pane position diagram indicating it is from position 6, in a layout that is three panes across by two down.

Wiessmann also shared with Linn’s that he actively plans on selling the pane.

The grading firm Professional Stamp Experts in California has reported to Linn’s that it has another pane arriving for expertization.

These two new reports bring the total of known upright Jenny Invert panes found to 10, leaving as many as 90 more to be discovered.