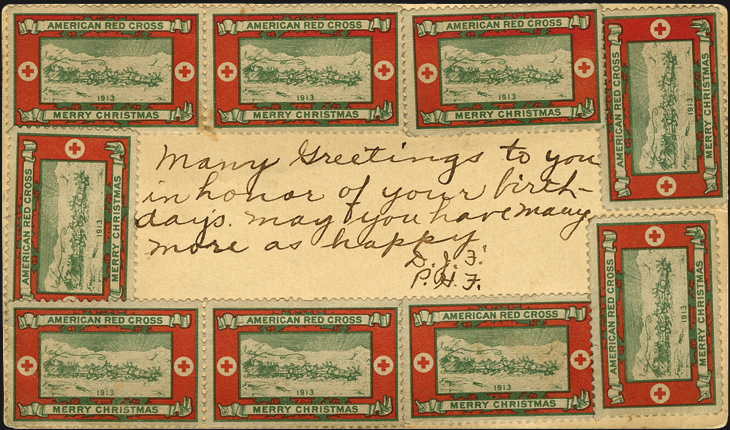 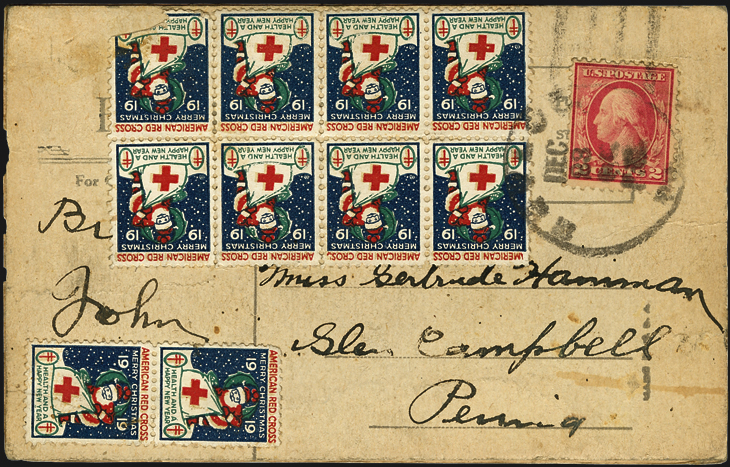 The new champion for most Christmas seals on a postcard is this 1919 card with 10 seals plus a 2¢ postage stamp on the address side.
Previous
Next

Five years ago, in the U.S. Stamp Notes column in the Dec. 31, 2012, issue of Linn’s, I put forward a 1913 postcard as the record holder for the most United States Christmas seals tied on a postcard. Nine seals were used to decorate the message side of this 1¢ red McKinley postal card (Scott UX24).

The record stood for five years, but we now have a new champion: a 1919 postcard with 10 seals.

Because these Christmas seals are smaller than those on the 1913 postal card, a lot of uncovered space on the card remains where more seals could have been added.

The postcard is franked with a 2¢ Washington stamp. The front (not shown here) depicts Santa Claus and two girls and offers “Best Christmas wishes.”

A new champion could be crowned if you have a postcard or postal card bearing even more Christmas seals. If you have a contender, get in touch with me, John Hotchner, Box 1125, Falls Church, Virginia 22041-0125, or by email at jmhstamp@verizon.net.