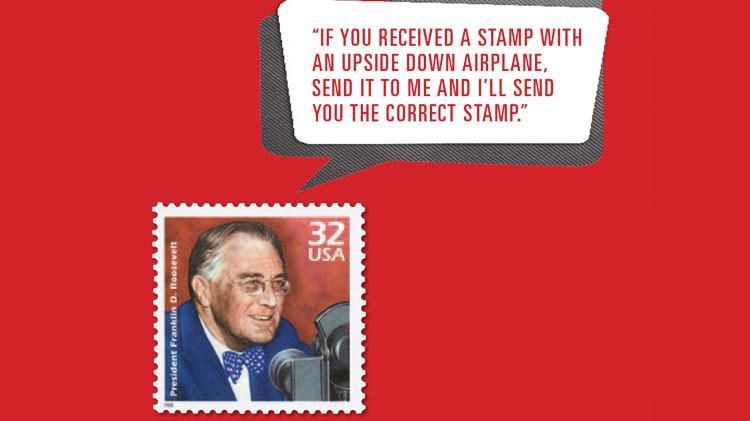 The June cartoon caption contest featured the 1998 32¢ Celebrate the Century stamp showing President Franklin D. Roosevelt delivering a fireside chat. The winner of the philatelic part of the contest is Stewart Lyons of Woodmore, N.Y. 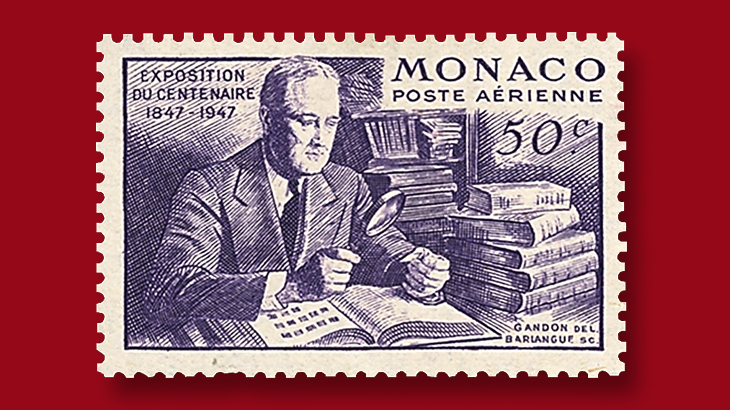 Most of the entries in the June cartoon caption contest, featuring the 32¢ Roosevelt stamp (Scott 3185a) steered clear of politics — but not all. The stamp was issued in 1998 as part of the 1930s pane of the Celebrate the Century issue.

The political entries were, shall we say, not supportive of our current president. This is not a surprise since the lines suggested were written as if they were being said by President Franklin D. Roosevelt, one of the greatest democrats of the 20th century.

Perhaps the political entries can best be summed up by this one from Michael Morrissey of Westerville, Ohio: “ … And to all my Republican friends out there, I would like to take this opportunity to wish both of you a very Merry Christmas!”

You may recall the 1947 Monaco airmail stamp that pictures FDR working on his stamp collection (Scott C16). The stamp is shown in the second image above; note that the president’s left hand seems to have six fingers.

Several entries referenced this, with Jeff Halvorson of New Rockford, N.D., coming up with a clever entry that combines the radio theme of the U.S. stamp with the optical illusion on the Monaco stamp: “And now a word from our sponsor, the American Glove Company; maker of fine 6-fingered gloves.”

The third most-used theme was a takeoff on President Roosevelt’s famous quote, “The only thing we have to fear is fear itself.”

Many entries proposed substitutes for the end of that quote. Examples include “Facebook!”, “Not getting our Linn’s delivered on time,” “the next postal rate increase,” and “fake news and social media.”

The philatelic line winner for this contest is from Stewart Lyons of Woodmere, N.Y. He plays off the fact that FDR was an accomplished stamp collector who knew his U.S. stamps.

The nonphilatelic side of the contest was won by Jack Leonard of Hatboro, Pa., who has FDR saying, “Hey Harry, Where does the buck stop?”

“Thank you, Nancy. It’s my pleasure to be on APS StampTalk today,” from Ron Breznay of Hanover Township, Pa.

“I think I’ll start a topical collection about myself!” by David Schwartz of Commack, N.Y.

“And now a blast from the past: Irving Berlin’s ‘You’re in the Army now’!!!” by M. Denis of Bridgeville, Ill.

“Join a stamp club, and get a boost in your Social Security!” from Kenneth Overturf of Phoenix, Ariz.

“At this time, I’m suspending my Japanese and German stamp collections!” by Larry Oliver of Black Mountain, N.C.

“I just approved the first Duck stamp. That Ding Darling really quacks me up!” by Tom Dennis of Maricopa, Ariz.

The next cartoon caption contest will be announced in the Aug. 13 issue of Linn’s.