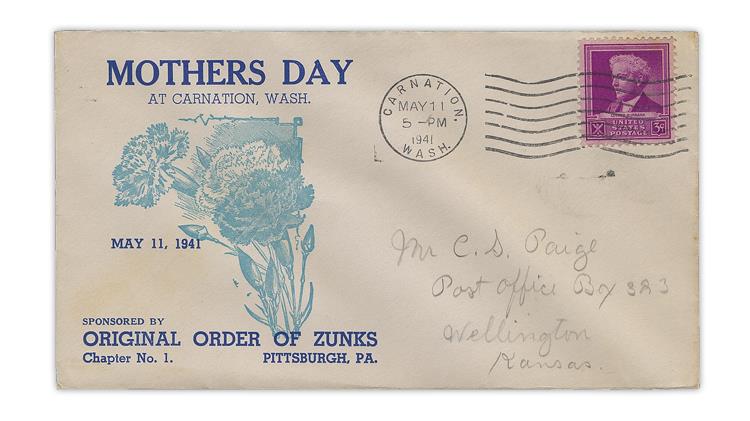 Figure 1. The Original Order of Zunks sponsored this Mothers’ Day commemoration in 1941. The Zunks were a group of World War I vets who met in Pittsburgh and released a series of covers between 1940 and 1945. 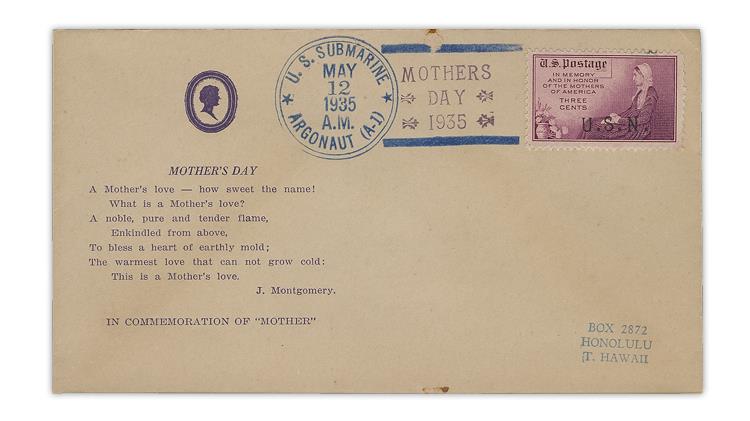 Figure 2. Canceled aboard a United States submarine for Mother’s Day 1935, this cover is franked with the 1934 stamp showing the painting commonly known as Whistler’s Mother.
Previous
Next

As Mother’s Day is just around the corner (May 9 this year), it seems like a good time to present two great covers for the occasion.

I have previously written about the Original Order of Zunks, which produced at least 40 patriotic and commemorative covers between 1940 and 1945.

Ricki Randall Zunk of Florida saw one of these covers and was curious whether there was a family connection, so she did some research.

She discovered “that the Society was actually a group of WWI veterans who met on Saturday mornings at Gimbel’s Department Store in Downtown Pittsburgh to swap stories and trade stamps.”

She added: “For many years I tried to learn why the group was named as it was, but without success. Zunk is not a terribly common name in the U.S.”

So the name remains a mystery, but my collection of covers continues to grow. When I first got serious about these covers, I had about 15. Adding one or two at a time, I now have about 30 and know of another 10 or so.

I am happy to send the list of Original Order of Zunks covers to Linn’s readers as an email attachment. If you wish, request a copy from me, John Hotchner, at jmhstamp@verizon.net.

The cover in Figure 2 is franked with the 1934 3¢ Mother’s Day stamp that depicts James McNeill Whistler’s 1871 portrait of his mother. It is properly titled Arrangement in Grey and Black, No. 1.

The cover bears a U.S. Navy cancellation applied May 12, 1935, aboard the submarine USS Argonaut. The stamp appears to be uncanceled, but a close look shows that “U.S.N.” runs from the knees of Whistler’s mother to her elbow.

The cover also includes a short poem used as a cachet, and a “Mothers Day 1935” killer cancel.

Covers for Mother's Day and one for Father's Day