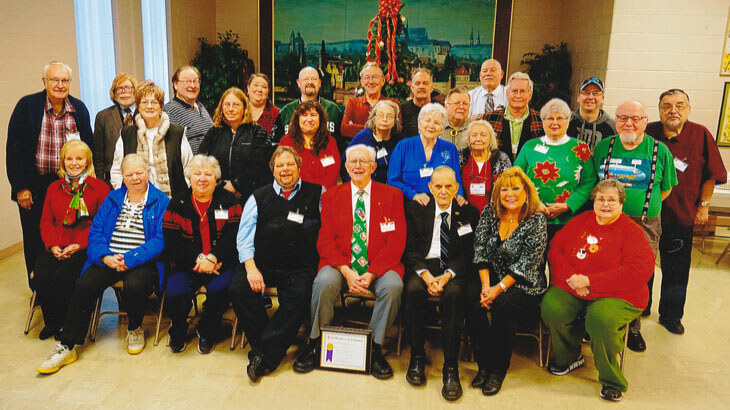 The Motor City Stamp & Cover celebrated the holidays, along with their collective group efforts this week at their club Christmas party. Awards and honors were given to those who excelled in promotion and event organization for the club throughout 2015.

The Detroit-based Motor City Stamp & Cover Club has a good grasp on the holiday spirit.

At its recent club-wide Christmas party, members received awards and recognition for their work within the hobby, as well as contributions to various events that the club has put together throughout the year.

The club meets on the last Sunday of each month at the Sokol Center (with exceptions), and invites all residents of Metro Detroit to join in the fun. If you need an appraisal of your stamp collection or philatelic items, members are more than willing to help at a club meeting.

2. These Christmas stamps have plenty of depictions

Brazil’s new Christmas-themed stamps are all about spreading good energy and kindness.

“While most of the designs in this issue feature people demonstrating various acts of generosity and support for one another, one stamp focuses on animals as well,” writes Denise McCarty in her New Stamps of the World column.

Have a look at the colorful and detailed new stamps.

3. The Year of the Monkey is upon us

The 2016 Year of the Monkey forever stamp from the United States Postal Service will be issued Feb. 5 at St. John’s University’s D’Angelo Center in Queens, N.Y. An 11 a.m. event is planned.

The stamp, which pictures peonies from original artwork by Kam Mak, will be issued in self-adhesive panes of 12.

Here are more details regarding the February release.