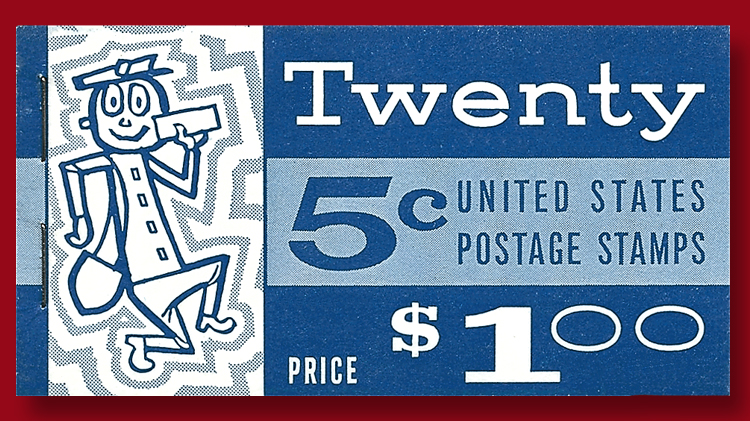 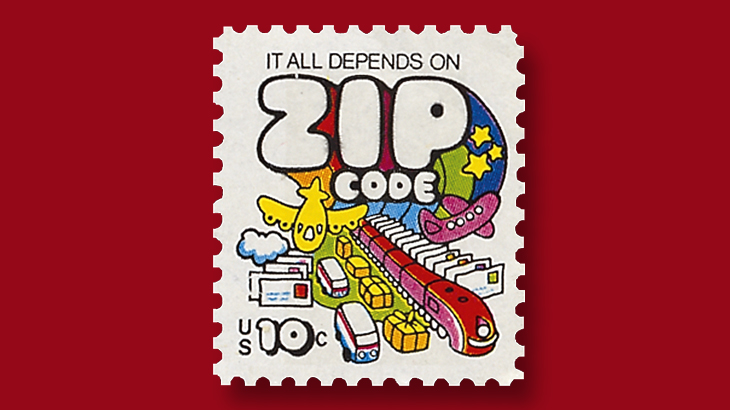 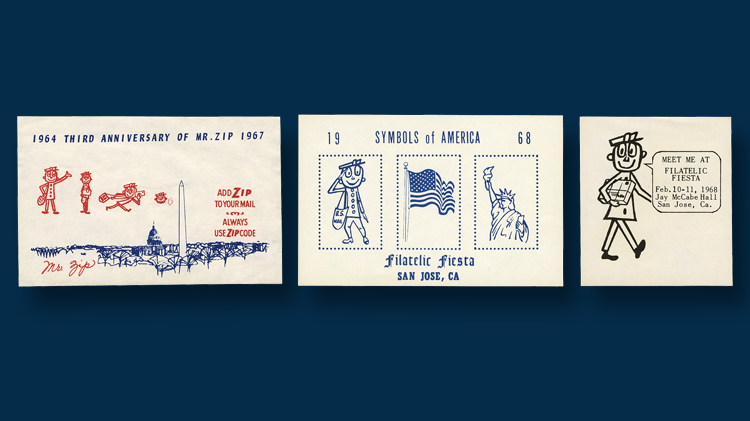 The iconic Mr. ZIP shows up on all sorts of philatelic memorabilia. He is arguably the most successful logo representing a United States government program since Smokey Bear was adopted to represent the U.S. Forest Service’s Prevent Forest Fires program in 1944.

Mr. ZIP made his first appearance in 1963 to promote the use of five-digit Zone Improvement Program (ZIP) codes to speed mail service throughout the United States.

While he has been pictured on stamp margins, booklet covers and post office posters, Mr. ZIP has never been used in a stamp design. Instead, the U.S. Postal Service issued a 10¢ stamp in 1974 (Scott 1511) with the message “It all depends on ZIP code” and a complicated and somewhat obscure design that simply did not have the visual impact of Mr. ZIP.

Private entities also have used images Mr. ZIP for their own purposes. Two examples promoting the Filatelic Fiesta stamp show in San Jose, Calif., are shown nearby. Also pictured is a takeoff, of indeterminate origin, on the Sixth International Philatelic Exhibition (SIPEX) 5¢ souvenir sheet of 1966 (1311).

Dealers’ miscellaneous and cinderella boxes at stamp shows are a great source for this kind of material. I’m sure there is much more to be discovered.