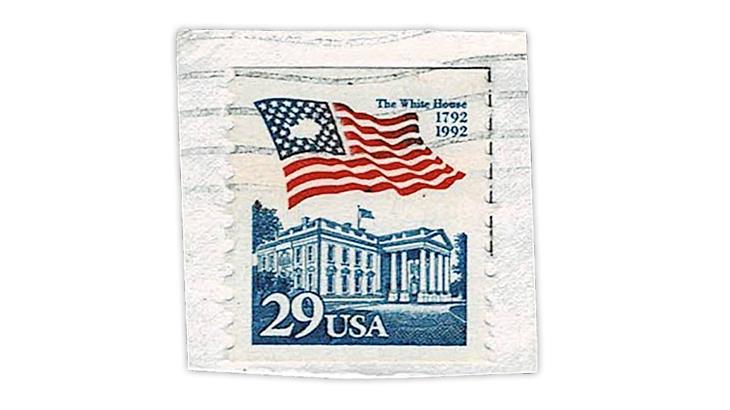 Figure 1. The blank area in the middle of the field of stars on this 1992 29¢ Flag Over White House stamp has no embossing such as would be found if the paper had come in contact with the intaglio plate that printed the stamp. 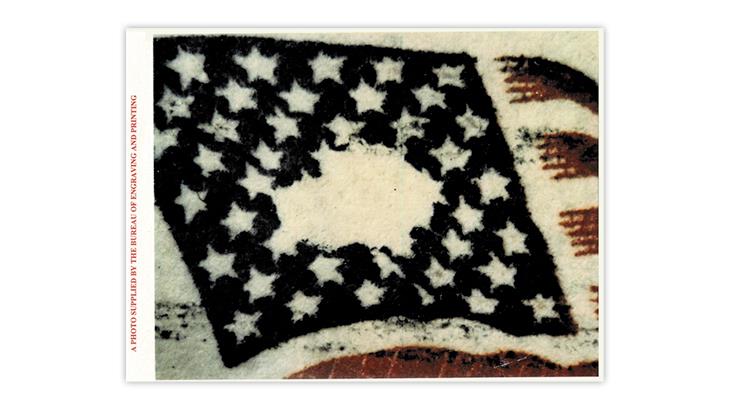 Figure 2. This close-up of the blank area of the stamp in Figure 1 provides clues as to the cause of the flaw. Image courtesy of the Bureau of Engraving and Printing.
Previous
Next

Gaps in printing such as on the examples shown with this column can have many causes. I will discuss some of them here.

Printing gaps are not errors in the sense that stamp catalog editors use that term. They are fairly minor artifacts of the printing process, and even if they repeat, each example is likely to be just a bit different from any other. Still they are interesting examples of what can go wrong with the ever more complicated printing presses used to produce United States stamps.

Our first example is the 29¢ Flag Over White House stamp of 1992 (Scott 2609) shown in Figure 1 with a graphically cropped close-up of the blank area on the flag’s field of stars in Figure 2. The most authoritative explanation for such events is what the printer has to say about them, and we are lucky in this case to have the Bureau of Engraving and Printing’s thoughts in the form of a letter dated June 3, 1995:

“… a white spot exists, approximately off-center, in the field of stars on the flag. … Our examination staff has determined that except for the white spot, the stamp has the full complement of intaglio printing and full coverage of phosphor taggant.

“The white spot was examined carefully with stereobinocular and compound microscopes, and only minute traces of blue ink were detected. This examination also revealed that no fibers were lifted and there was no evidence of embossing from engraving on the printing cylinder.

“The other possibility is that a foreign object, such as a fragment of paper, was present on the paper web during the instant in which the image of the stamp was printed and this prevented ink from being deposited on the paper in the area of the white spot.

“The foreign object may then have transferred to the printing cylinder, or fallen off the paper web prior to the application of phosphor taggant. Therefore the presence of a foreign object is a more likely cause of the white spot on the stamp.

“The stamp, somehow, escaped detection during examination and should have been destined for destruction since it does not meet Bureau of Engraving and Printing quality standards.”