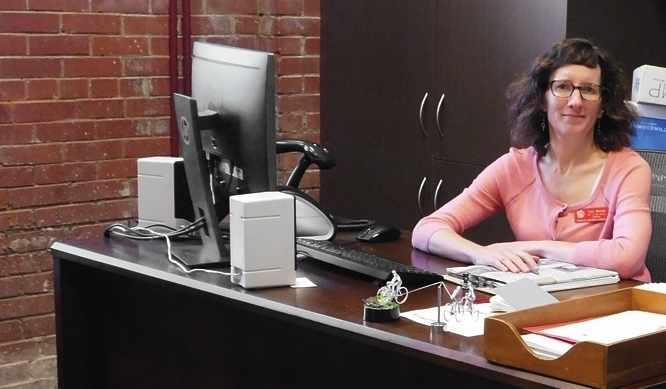 Tara Murray, director of Information Services for the American Philatelic Research Library, plans to leave the APRL next month.

Tara Murray, who has helmed the American Philatelic Research Library for more than seven years, is leaving the APRL.

Murray will be leaving the Bellefonte, Pa., library in November for a position at nearby Penn State University, according to English, and will be replaced by APRL reference assistant Scott Tiffney, who began as a part-time volunteer at the library in February 2011, and has been working there full time for several years.

Tiffney holds a master of library and information science degree and has worked previously at the National Library in Canada, Penn State and for the National Park Service.

English told Linn’s that he expects the transition to be “pretty seamless.”

Murray earned her master’s degree in library and information science at the University of Pittsburgh.

She began at the APRL in July 2010 after nine years as information services director for the Population Research Institute at Penn State, according to her profile on the American Philatelic Society website.

“Together with the APRL staff and volunteers, I manage the library’s collection and the APS and APRL archives, and respond to a steady stream of requests from members and the public,” she noted in her profile.

She also worked on the quarterly Philatelic Literature Review with the APS editorial department.

Murray was a key figure in the development and 2016 opening of the library’s enlarged and renovated new home within the American Philatelic Center in Bellefonte, the converted former match factory that also houses the APS headquarters.