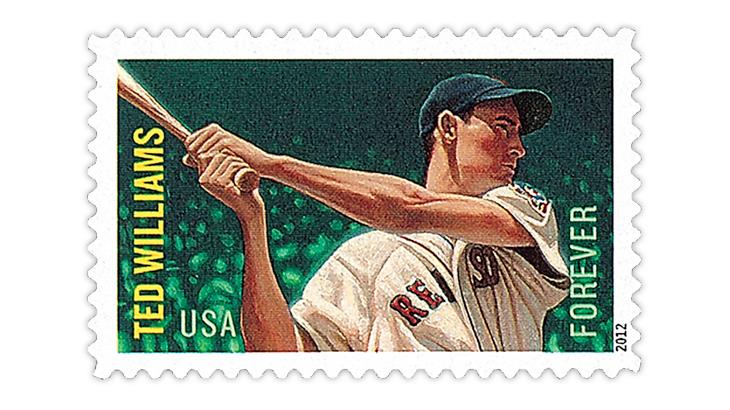 Ted Williams, shown here on the 2012 forever stamp honoring him, is one of the baseball stars who are featured in the upcoming National Postal Museum exhibit, “America’s Home Run.” 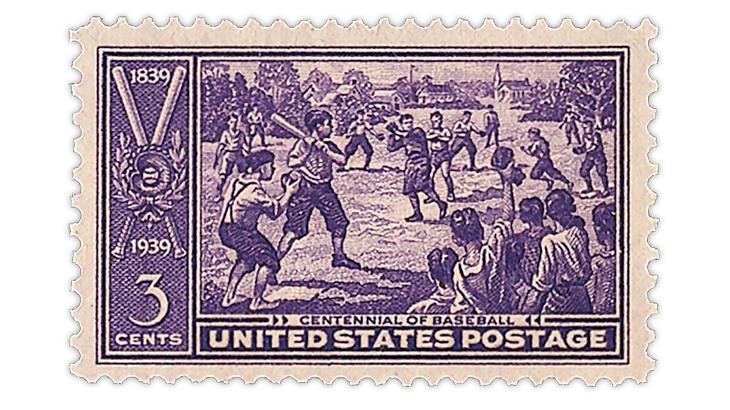 The centennial of baseball was celebrated on a 3¢ stamp issued in 1939, but was that an actual anniversary or simply a popular myth?
Previous
Next

When the National Postal Museum was planning its exhibits for 2020, “America’s Home Run” seemed certain to be one of its best.

The exhibit would tell the story of baseball and how the American game has become intertwined with stamps, postcards and baseball cards.

It would feature stories about some of the game’s greatest players and show off their uniforms, along with stamps and memorabilia that honored the game.

But then came the coronavirus.

The baseball exhibit was postponed, and all the Smithsonian Institution’s museums were closed.

On July 22, a day before the first games of an abbreviated Major League Baseball season, the museum offered a sneak preview of what the baseball exhibit will feature when it finally opens, probably next year.

That’s the best estimate of Daniel A. Piazza, the museum’s curator of philately.

“We can’t predict with any clarity,” he said during an online meeting in which he and museum director Elliot Gruber revealed the background of how they put together what they expect will be a three-year- long exhibit that could be one of the most popular the Capitol Hill museum has offered.

It all came together with the help of Steven Wong, a Hong Kong-based investment banker who got hooked on a 1957 Roger Maris baseball card as he was growing up in San Francisco.

Wong, who has written books on baseball memorabilia, once told a Smithsonian official he wanted to do “a landmark exhibit” on baseball.

That word got to Gruber and Piazza. They visited Wong in Hong Kong where they were awed by the baseball gear he has collected.

Some of Wong’s treasures will go on display among the items planned for the exhibit, they said.

There will be treasures from the National Baseball Hall of Fame, National Air and Space Museum and the National Museum of the American Indian, said Piazza. Babe Ruth’s rookie year bat will be there, as will some of Jackie Robinson’s uniforms.

Astronaut Sally Ride’s baseball bat and her stamp collection also will be there, Piazza added, and there will be a tribute to Ted Williams as one of the sport’s first Hispanic players.

One thing the exhibit won’t be glamorizing is the tale of how Abner Doubleday created the game in Cooperstown, N.Y., in 1839. Piazza described that story as a myth that baseball created in its early days.

The Doubleday myth obscured the real story of a somewhat similar game of ball that was played by native people in the pre-Columbian era.

That game was treated as a “civic ritual,” much as today’s baseball games are, Piazza said.

The United States has honored the national pastime on about 80 stamps, he said.

Farley’s seat from the old Yankee Stadium will be among the artifacts on display even though Piazza said 1939 “wasn’t a centennial at all” for the game.

Piazza also pointed out that the Postal Museum sits on the site of a stadium where one of Washington’s first baseball teams, the Nationals, played in the late 1880s.

Additional information on the coming baseball exhibit is available at the museum’s website.