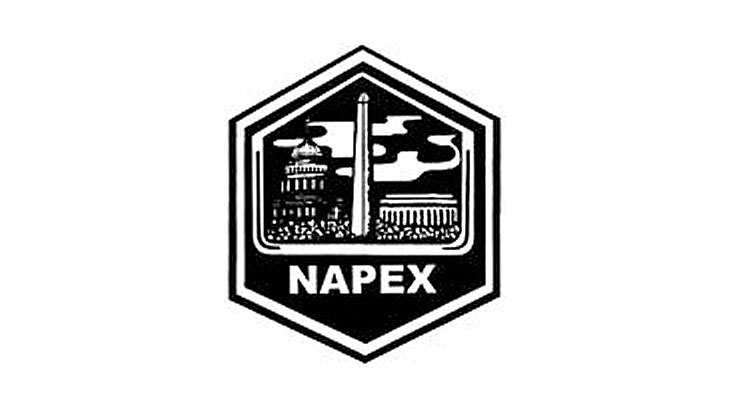 The stamp show is sponsored by National Philatelic Exhibitions of Washington, D.C., Inc.

The show will feature a bourse (sales area) of 52 dealers, including representatives from the United States Postal Service and the United Nations Postal Administration.

On Friday, June 3, Napex will host a first-day ceremony for the U.N. World Bicycle Day stamps.

First-day cover producers will offer their products for sale at the cachetmakers’ bourse on Saturday, June 4.

Show organizers expect more than 200 frames of exhibits at Napex. Because Napex is an American Philatelic Society World Series of Philately show, the multiframe grand award winner is eligible for the Champion of Champions competition at the Great American Stamp Show to take place Aug. 25-28 in Sacramento, Calif.

The Napex single-frame grand award winner will be eligible for the single-frame Champion of Champions competition at Chicagopex in Chicago Nov. 18-20.

Stephen Reinhard will serve as chief judge of the Napex exhibition. The other jurors will be Jay Stotts, David Ball, Rick Gibson and Ken Martin.

The USPS will provide a different cancellation each day of the show. Friday’s cancellation will honor the centennial of the Lincoln Memorial, Saturday’s will mark the 100th anniversary of the Fourth Bureau definitive stamp series, and Sunday’s will celebrate philately in the national capital area.

The American Airmail Society and the France and Colonies Philatelic Society will conduct their national conventions at Napex.

The show will include a children’s area and will give free stamps to all children in attendance.

John Schorn, the show chair, said, “NAPEX is proud to be not only the largest stamp show on the East Coast but also the friendliest. We welcome all stamp collectors, from beginners to experts. Spend a day at our show to see how interesting and fun stamp collecting can be.”

A special hotel rate of $113 per day is available. Visit the show website for hotel information and additional details for this year’s show.