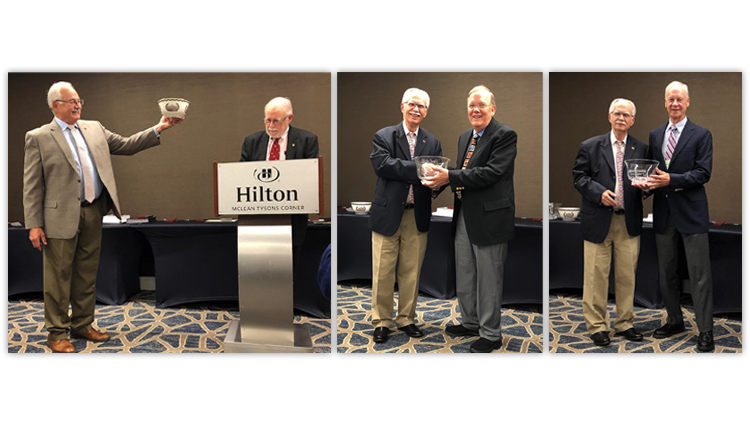 The stamp show circuit continues on, even with a few national shows being canceled in October.

In late October, I attended the Napex stamp show in McLean, Va. Attendance wasn’t quite what I remember it being the last time I was at the show, but it was still strong enough for dealers to be successful. At least that is what I heard at the show.

On the opening day, Friday, Oct. 22, there was a decent line of collectors waiting for the show to open. On Saturday that line was even longer. Sunday was a different story because attendance was light that day.

The Napex stamp show typically takes place in early June and was rescheduled to the Oct. 22-24 dates for just this year. Next year’s show is scheduled to be held June 3-5, 2022.

The exhibit banquet was well done with a reception before and a steak dinner prepared by the Hilton hotel.

Alfredo Frolich won the multiframe grand exhibit award for his exhibit “Delaware Postal History, 1772-1847.” Frolich was not at the banquet, but Rick Gibson, the exhibit awards chair, showed everyone Frolich’s award, a porcelain bowl illustrating four stages of the U.S. capitol.

And lastly, the single-frame grand award was won by Stephen Rose for his exhibit “U.S. Orange Special Delivery Stamps of 1893.” He also received a U.S. capitol crystal bowl.

It was nice to see a stamp show banquet taking place again. A few photos of the award recipients are shown nearby.

For those interested in reading the rest of the exhibit award winners for Napex, visit the show’s website.