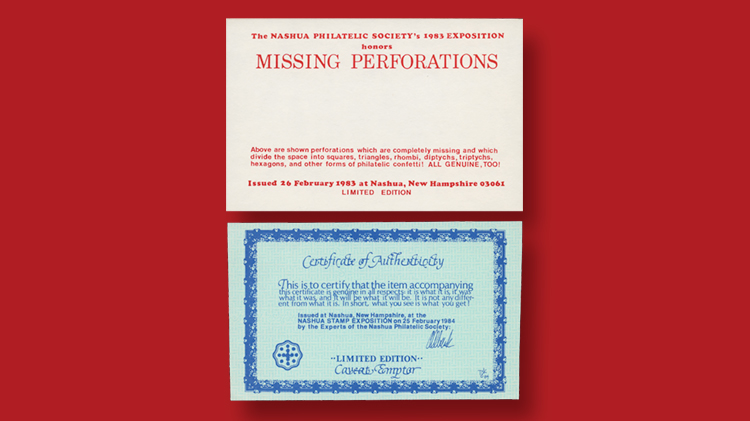 The Nashua (New Hampshire) Philatelic Society produced humorous souvenir sheets for its stamp shows between 1981 and 1992. Each sheet pokes fun at some aspect of stamp collecting. The sheets for the 1983 and 1984 shows are pictured.

Kudzma and Ward, who were involved in producing the souvenir sheets, even sent along some examples.

I want to thank them by illustrating two more examples: the society’s 1983 offering celebrating “missing perforations,” and the 1984 “certificate of authenticity,” which pokes fun at expertizing.

I see these Nashua Philatelic Society souvenirs every so often at shows in the retail stocks of several U.S. dealers. So, if you like them, be on the lookout.