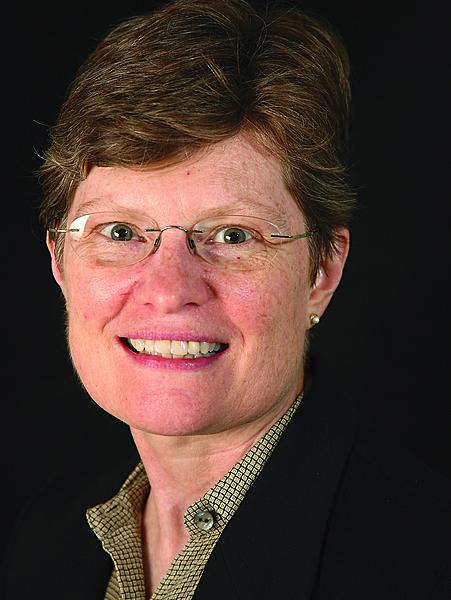 Cheryl R. Ganz, who helped reshape the public’s view of stamp collecting as chief curator of the Nation Postal Museum, is retiring at the end of February.

Her surprise departure from the Smithsonian Institution comes just months after the Washington museum opened its critically acclaimed William H. Gross Stamp Gallery, hailed as the largest and most innovative stamp display in the world.

A historian with a love of airships and airmail, Ganz was the lead curator for the Gross gallery and largely created it.

It was the capstone to a career in which the museum said “she transformed the vision for philately at the museum and set new international standards for museum postage stamp exhibits.”

“There will never, ever be another Cheryl,” he said.

The museum also disclosed that Ganz had been granted emeritus status by Smithsonian Secretary Wayne Clough for her “significant and lasting contributions” to the museum. She is the first National Postal Museum employee to win the title of “curator of philately emerita,” the museum said.

What the museum called “Ganz’s exhibit strategy” was to take the museum’s rarest stamps and frame “them with strong narratives” to engage stamp collectors as well as the general public.

“By organizing exhibits around the idea that ‘every stamp tells a story,’ her exhibits offer a fresh perspective of history and culture and make philately exciting, accessible and engaging for all visitors,” a museum spokesman said.

Ganz, age 63, told Linn’s she had “loved my decade” at the museum “but want to return to family and friends in Chicago and Wisconsin.

“My health is fine and all the more reason to retire while I can still travel and enjoy new challenges and adventures,” she said. “I have not sought a new job.”

Stamps have been an interest for many years, she said.

“I was a collector in childhood of many things: stamps, coins, seashells,” she said. “As a teen, I discovered zeppelins and was smitten. When I found out that they carried mail and I could actually own and hold an envelope or postcard that had been on board the Graf Zeppelin or Hindenburg, my life’s destiny was set.

“So I was the collector who never left the hobby, but instead grew in new directions with philately throughout my life.”

Ganz joined the museum in October 2005, serving as a philatelic curator under W. Wilson Hulme II, a celebrated U.S. classic stamp collector who was the museum’s top stamp expert.

“It was a devastating time, but Cheryl rolled up her sleeves and gave it everything she had to make Wilson’s [plans for] ‘accessing the Inaccessible’ come to pass,” recalled Janet Klug, a member of the museum’s council of philatelists.

“The William H. Gross Gallery is evidence that Cheryl’s leadership, enthusiasm and dedication, as well as the entire NPM staff working together, made that happen. We philatelists have a lot for which to thank Cheryl,” said Klug, who is also chair of the United States Postal Service’s Citizens’ Stamp Advisory Committee.

John Hotchner, a Linn’s columnist who also works on the museum council, called Ganz “the Michelangelo of Philately: student, professor, administrator, challenger, consultant, creative genius, and inspiration, with a work ethic that probably exceeds that of Michelangelo!”

“She did a first-class job, soliciting ideas from the NPM council of philatelists members and other collectors around the country on how to make the Gross Gallery tell the story of stamps and excite new people to start collecting,” he said.

“Cheryl had zillions of great ideas, gathered more, and then discussed and critiqued the ideas to distill to the ‘best of the best,’” Sundman said.

Ganz was “extremely generous,” he added, recalling that she got him to play a role when the $2 Jenny Invert stamp was issued at the museum.

“That’s the way she was with everyone.”

“I’ve known Cheryl since her days in the Midwest where her love of zeppelins, stamps and historical research were well recognized,” he said.

“Lucky for stamp collecting, she was able to take those passions to the National Postal Museum at just the right time to steer the development and the presentation of its new stamp gallery,” Morison said.

“Her imprint on the hobby has been huge as she changed the museum’s philatelic direction and demonstrated many times how stamps, well presented, can reach out to very diverse audiences and make history come alive,” he said.

Ganz earned a Ph.D. in U.S. history at the University of Illinois in Chicago, writing her dissertation on the city’s 1933 World’s Fair. In 2008, she turned that into one of the many books she has authored.

Sundman said he heard Ganz talk several years ago about leaving the museum after the Gross gallery opened.

“I so hoped she would stay,” he said, “but she is a busy person with lots of projects in addition to the NPM. I am thrilled she’s been given emerita status, a worthy honor.”

Museum director Kane said he was naming Daniel A. Piazza, a curator of philately, as interim chair of the museum’s department of philately.