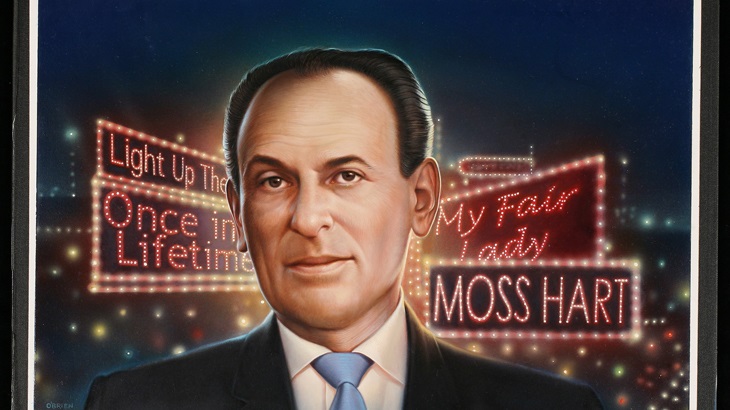 This piece honoring award-winning dramatist, director and performer Moss Hart will be on display as part of the Smithsonian National Postal Museum's "New York City: A Portrait Through Stamp Art” exhibit that opens Dec. 10.

1. New York City (through the eyes of stamp artists)

“New York City: A Portrait Through Stamp Art” will be the latest exhibit on display at the famed Smithsonian National Postal Museum.

According to the postal museum's blog, the 30-piece art display, which begins on Dec. 10 and runs 16 months through March 13, 2017, is meant to celebrate New York City’s influence on American society.

The unheralded artwork comes from the Postmaster’s General Collection, a long-standing assortment of 5,000 stamp-based pieces that have been commissioned during the last 70 years. The collection features designs that were submitted and approved.

Some submissions that didn’t get approved will also be on display.

“The original works will be displayed in six thematic categories relevant to New York City’s heritage,” the blog post reads. “These categories—Baseball, Broadway, City Life, Icons, Politics and Music—will showcase a variety of art styles, mediums and colors used to create some of America’s most beautiful stamps.”

“The program will start Jan. 7 with an issue devoted to Ernest Shackleton (1874-1922) and the British Imperial Trans-Antarctic Expedition, also known as the Endurance Expedition, of 1914-16.”

Learn more about the subjects of the Royal Mail's upcoming issues.

On Nov. 25, 1915, Albert Einstein presented his paper titled "The Field Equations of Gravitation" to the Prussian Academy of Sciences. This paper contained the equations for his general theory of relativity.

Hungary has now issued a stamp commemorating the 100th anniversary of this presentation.