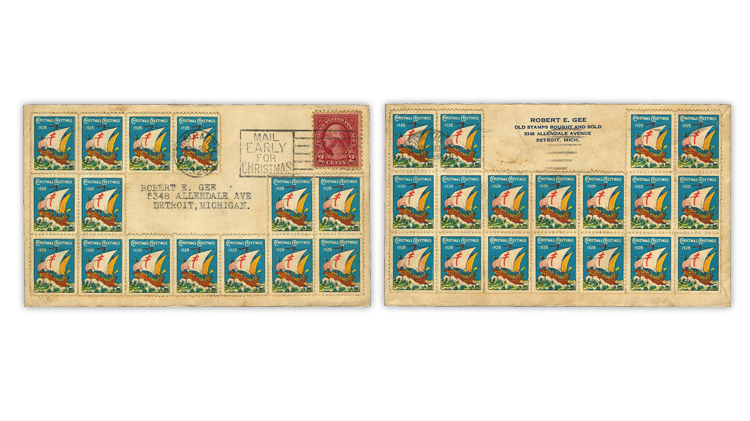 Figure 1. A 1935 envelope with 26 Christmas seals was the record holder for two years until this 1928 cover with 33 seals (front and back) became the new champ. 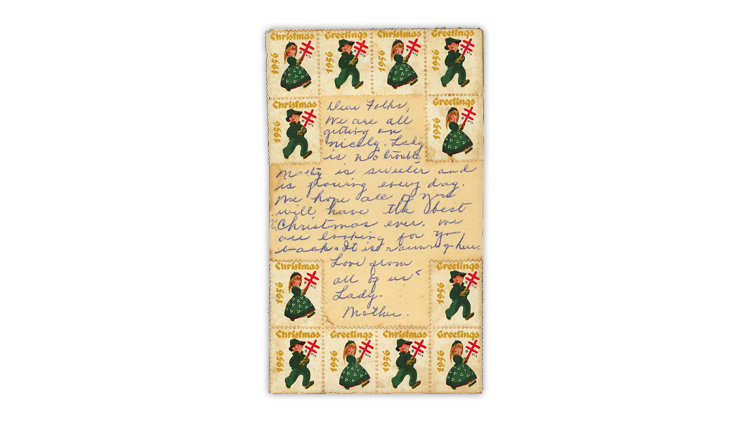 Figure 2. The previous record holder for Christmas seals on a postcard (10 seals on a 1919 card) has been bested by this card with 12 Christmas seals of 1956. Though not tied by a cancellation, the relative placement of the seals and message leaves little 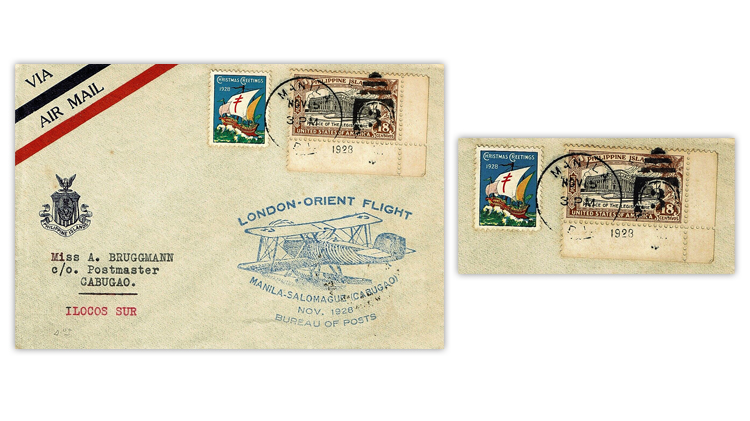 Figure 3. A new earliest-known use date of Nov. 15, 1928, for the 1928 U.S. Christmas seals was established by this cover canceled in Manila, the Philippines. Several U.S. seals are recorded with a first use from the Philippines, then a U.S. possession. C
Previous
Next

We have new champions in the categories of most United States Christmas seals on an envelope and on a postcard.

I thought that this record could not be beaten, but a 1928 cover has surfaced with 33 1928 Christmas seals tied by cancels on both sides, quite amazing on a small letter-size envelope.

The cover is shown front and back in Figure 1. The front also includes a 2¢ Washington stamp tied by a “Mail Early for Christmas” cancel.

Figure 2 shows the new champion for the most Christmas seals on a postcard: 12. These 12 1956 seals are on the back of a 2¢ Franklin postal card.

In this instance the seals are not tied, but they are placed in such a way as to provide space for a message. There can be little doubt that they are original on the card.

If any Linn’s reader can beat 33 seals on a single envelope or 12 on a postcard, I would be delighted to hear from you. Please contact me, John Hotchner, by email at jmhstamp@verizon.net or by mail at Box 1125, Falls Church, VA 22041-0125.

Since 1999, I have presented in this column an annual summary of earliest-known uses of U.S. Christmas seals issued from 1908 to 1935.

In 1907 and from 1936 onward, there are established first days. But from 1908 to 1935, the seals were shipped in late October or early-to-mid November, and there was no injunction to the recipients to hold them for a given release date.

For that reason, the Christmas seals were distributed to potential users when received, and it has become a challenge to look at cancellation dates to try to advance the first day of use.

It would appear that the first shipments of the seals must have gone to the sale locations farthest from the printer in the continental United States. Upon receipt, the packages must have been opened and the seals distributed immediately.

If anyone can advance any EKU date for a Christmas seal in the chart, contact me by email or mail at the aforementioned addresses.

For collectors with an interest in Christmas seals, I recommend the national club that delves into the history of these seals and their many varieties and uses: the Christmas Seal and Charity Stamp Society.

The society publishes catalogs for U.S. and foreign seals, and an excellent quarterly all-color journal, Seal News, that highlights both modern and older material. Each issue also contains a club auction.

Annual dues are $20. More information about the club is available on its website, or from Lou Caprario, Secretary-Treasurer, 91 Fairview Ave., West Orange, NJ 07052.