New issues: What's your sign, and what do you collect? 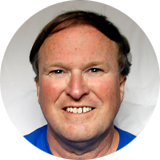 In the 1960s and 1970s, it was “What’s your sign?” As a native San Franciscan, I have been told that we are the only people who ask, ‘What high school did you go to?” At bridge, it’s “What conventions do you play?” And those of you who have dogs, know how they introduce themselves to one another.

For stamp collectors, the introductory question is “What do you collect?” I will be joining George DeKornfeld in writing about new issues on blogs on Linns.com, but I thought I would talk a little about what I collect as a way of introduction.

The simple answer is that I collect worldwide issues. Honestly, if I think a stamp is attractive, I will try to collect it. Specifically, though, I collect United States, Vatican, Ireland, United Nations, sports, chess, and math (I was an adjunct professor in my previous life).

I look forward to hearing comments regarding what people collect and in what new issues people might be interested. In the last few months, I have taken on the daunting task of updating the stamp database for the American Topical Association. This involves using the Scott New Listings Update section of Linn’s Stamp News monthly magazine to add new stamps to the hundreds of topics in ATA’s system.

In the future, I will talk about a new issue of interest to me, unless there is interest from some of you regarding a particular new issue you’d like to learn about. I look forward to hearing from you!