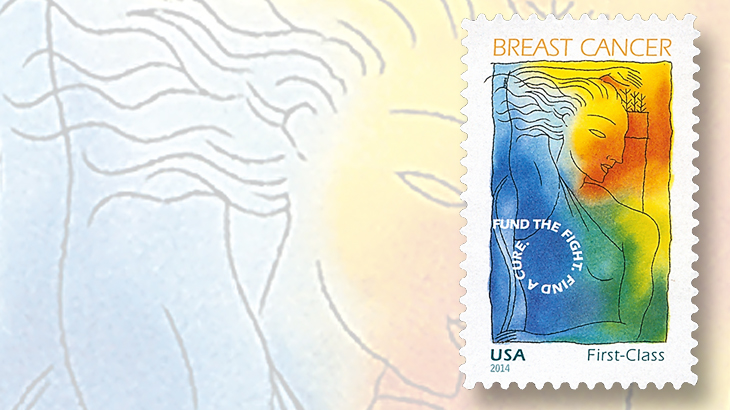 This issue of Linn’s Stamp News is packed with news stories affecting the stamp hobby.

The stamps will be issued in accordance with the Semipostal Authorization Act (Public Law 106-253), which grants the USPS discretionary authority to issue and sell semipostal stamps to advance such causes as it considers to be “in the national public interest and appropriate.”

Semipostal stamps pay the first-class rate, with an additional charge to raise funds for a specified cause.

Under the Semipostal Authorization Act, USPS Stamp Services is directed to send the proposals to the Citizens’ Stamp Advisory Committee. The committee then makes recommendations to the postmaster general on what causes should be the recipients of semipostal funds. The postmaster general makes the final decision.

In other news this week, Baadke reports that American Philatelic Society president Mitchell “Mick” Zais has been tapped by President Donald J. Trump as nominee for U.S. deputy secretary of education.

If confirmed, Zais said in an email to his friends in the philatelic world that he would “have to resign from all boards and organizations with which I have a leadership position.” In accordance with the APS bylaws, the vacancy of the office of president will be filled “by election by the Board of Directors from among its own membership.”

In other breaking news found in this issue, managing editor Charles Snee reports on the discovery of a second counterfeit of the 2015 U.S. nondenominated (49¢) Vintage Rose forever stamp (Scott 4959). The newly discovered counterfeit attempts to mimic the look and feel of an engraved stamp.

“Change is constant” at Amos Media. Beginning with the Oct. 30 issue of Linn’s Stamp News, Jay Bigalke returns to Amos Media to take the helm of Linn’s as the new editor-in-chief of the publication. Bigalke started his philatelic journalism career at Linn’s, where as senior editor he covered U.S. stamp stories.

In the coming weeks, as a subscriber to Linn’s you will be asked to take an online survey to offer your opinions on what you like or dislike about the publication, and about what you would like to see more of in future issues of Linn’s.

When the survey is available, we encourage you to use this as an opportunity to share your views.