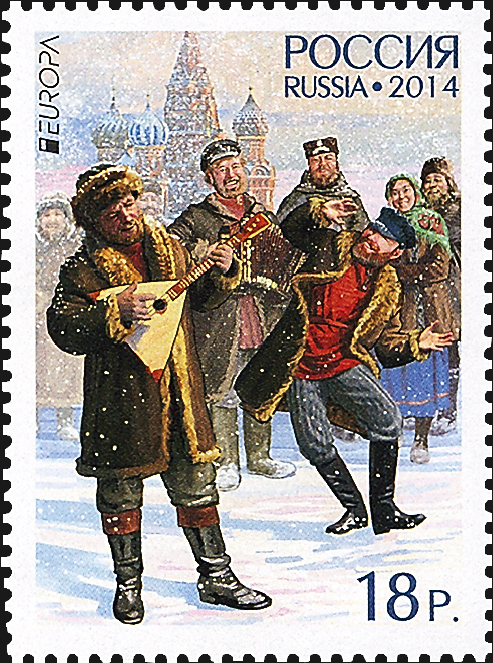 The old style of indicating the ruble by the letter "P" is illustrated on this Russian stamp issued in 2014. 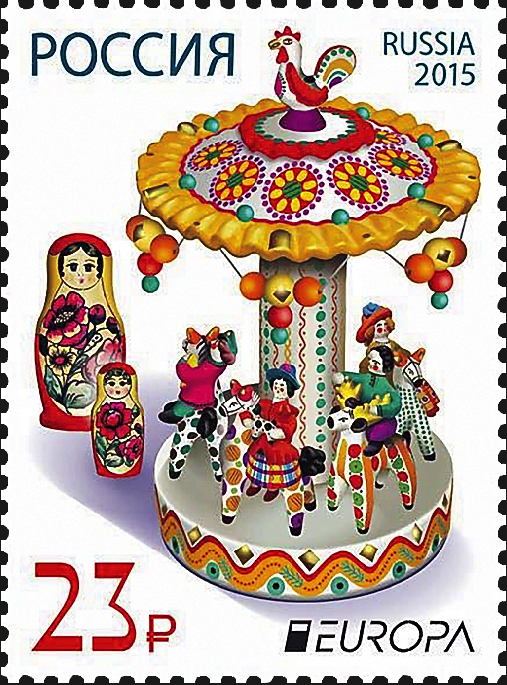 Russia's new ruble symbol made its debut on postage stamps in January. The symbol looks like the Latin letter "P" with a line through it.

If you look closely, you can notice a small change on new stamps from Russia. Starting with the Europa stamp issued Jan. 16, there is a new symbol for the ruble.

This symbol, which appears beside the "23" denomination in the lower-left corner of the stamp, resembles a "P" with a horizontal line through it. The 2014 Europa stamp with the old style ruble designation is shown for comparison.

The Central Bank of Russia describes the symbol as a capital letter "P" — the Cyrillic alphabet version of the (Latin) letter "R" — with an extra horizontal line.

The new symbol for the ruble was selected in late 2013 through an Internet competition. More than 280,000 votes were cast in this online poll, and the winning design received 61 percent of the vote. In a Dec. 11, 2013, Wall Street Journal article, Andrey Ostroukh described the contest, "After narrowing down around 1,000 possible options to just five, the Bank of Russia opened the process to the public, placing its top picks on its website in early November and giving Russians until Dec. 5 to vote for their favorite."

The new Russian Europa stamp is part of a multination series focusing on the subject of toys. Russia's 23-ruble stamp shows two types of traditional Russian folk toys: Matryoshka, or nesting dolls; and a Dymkovo toy carousel. Dymkovo toys are brightly painted, ceramic figurines that have been created in the town of Dymkovo for hundreds of years.

The 2014 Europa theme was musical instruments, and the Russian stamp features a traditional Russian balalaika, according to Marka, the Federal State Unitary Enterprise Publishing and Trading Centre, which issues and distributes stamps and related products.