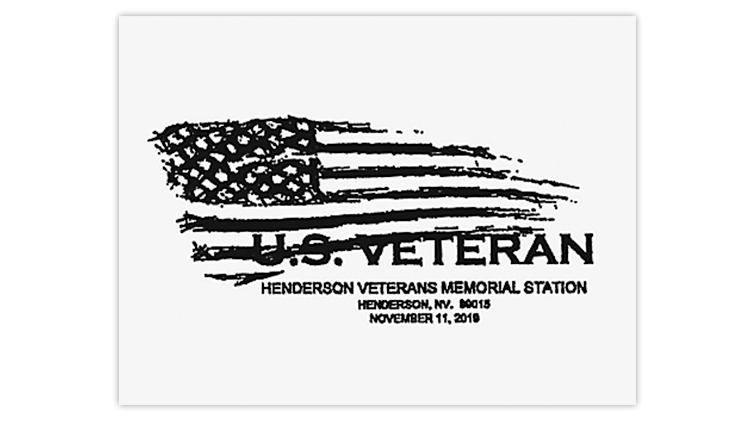 This Nov. 11 Veterans Memorial postmark from Henderson, Nev., honors those who have served in the United States Armed Forces.

Several organizations have sponsored pictorial postmarks to honor the brave men and women who have served in the United States Armed Forces.

The Barry-Hoof American Legion released a Napoleon, N.D., postmark for veterans on Nov. 7. The American Legion is honoring 100 years of serving veterans, military members and their families.

The Soldiers Memorial Museum Historical Society in St. Louis, Mo., is sponsoring a cancel for the 40th anniversary of the Iran hostage crisis and the organization’s 36th annual Veterans Day celebration.

Cast a Halloween spell on your mail with this cancel