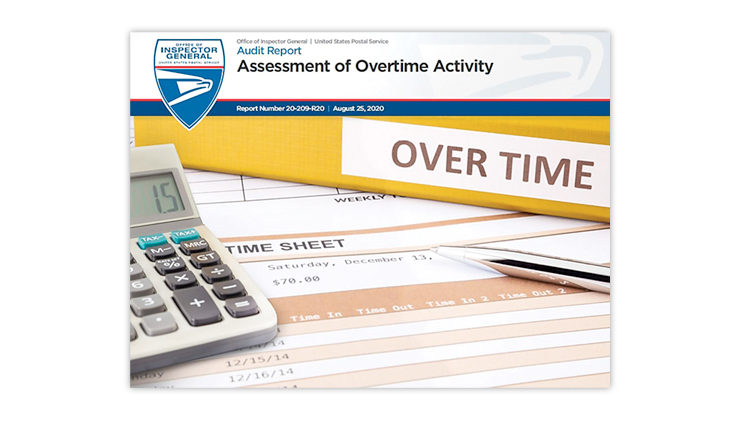 A new report by the United States Postal Service’s internal watchdog confirms Postmaster General Louis DeJoy’s fear that overtime at the federal agency may be out of control.

The report by the agency’s Office of Inspector General warns that overtime costs have consistently exceeded budget estimates in the past six years, rising by 35 percent to $5 billion in fiscal 2019 alone.

In the six-year period, the Postal Service paid $25.8 billion for regular overtime and another $2.3 billion for penalty overtime, which is double time for extra work under certain conditions.

Although the report was prepared before DeJoy assumed office in mid-June, overtime was one of the items he made clear to subordinates that he wanted to be reduced.

He has since told congressional committees he did not intend to entirely eliminate overtime, but the new report makes clear that its use has grown rapidly, exceeding planned expenditures.

The highest cost year for overtime was fiscal 2019, the new report says, with $4.4 billion in overtime and $574 million in penalty overtime.

Over the six years the inspector general studied overtime, it became more than 9 percent of hours worked.

“The current Postal Service framework for measuring key performance indicators lacks a direct deterrent that prevents management from exceeding their overtime budget,” according to the report.

The inspector general recommended a number of steps it said would help control overtime costs.