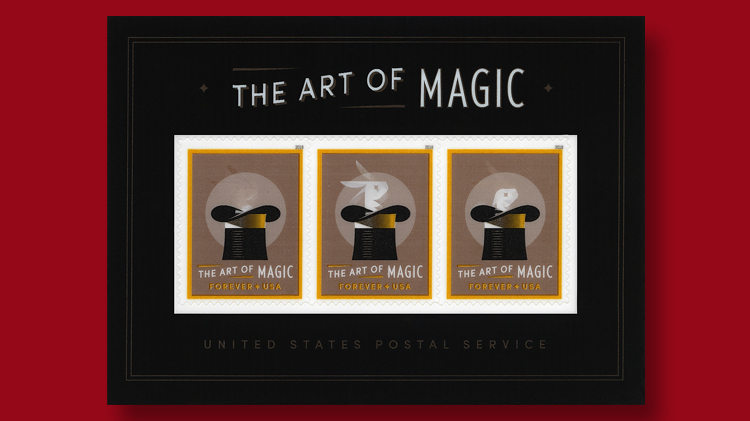 The Art of Magic souvenir sheet of three was among recent United States issues to receive Scott catalog numbers during the past month.

Headlining this month’s new listings are The Art of Magic commemorative forever stamps celebrating prestidigitation and sleight of hand. A special plastic lenticular overlay on the accompanying souvenir sheet of three Rabbit in Hat stamps lets the rabbit pop in and out of its hat when the sheet is rocked back and forth. The whimsical Dragons stamps are also Scott catalog official this month.

And for you collectors of errors out there, an added magical surprise: The Art of Magic souvenir sheet also exists without die cuts around the three stamps. This mistake, now cataloged as Scott 5306b, was discovered at the American Philatelic Society Stampshow in Columbus, Ohio, in August.

All of the numbers appear in the Scott New Listings Update section of the Oct. 15, 2018, Linn’s Stamp News. For further information contact Martin J. Frankevicz.