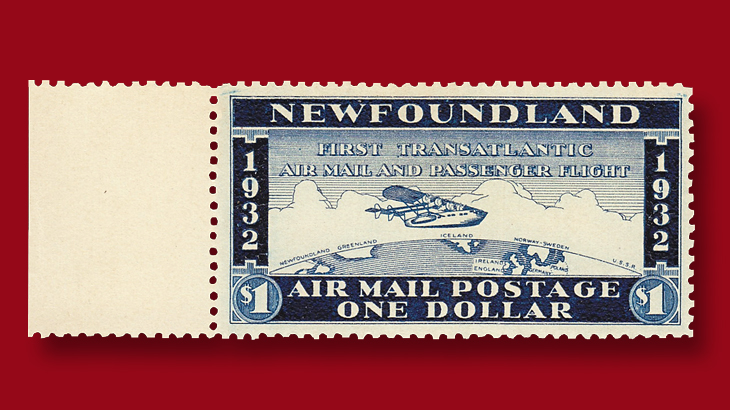 The $1 Newfoundland airmail stamp that never was. Contracted and approved by the Newfoundland government, the stamp was never placed into use. It has been nicknamed the Wayzata airmail.

The Nov. 13 issue of Linn’s Stamp News just landed on the presses and goes in the mail to subscribers Monday, Oct. 30. Here we entice you with a few previews of exclusive content available only to subscribers. And if you subscribe to Linn’s digital edition, you’re at the head of the line because you get early access Saturday, Oct. 28. To heighten your anticipation even further, we offer three glimpses of what lies between the covers of this issue.

Newfoundland’s Minnesota misstep: the airmail stamp that never was

Columnist Wayne Youngblood's look at what is now fondly referred to by some as the Wayzata airmail is the story of a stamp that almost was — but isn’t quite.