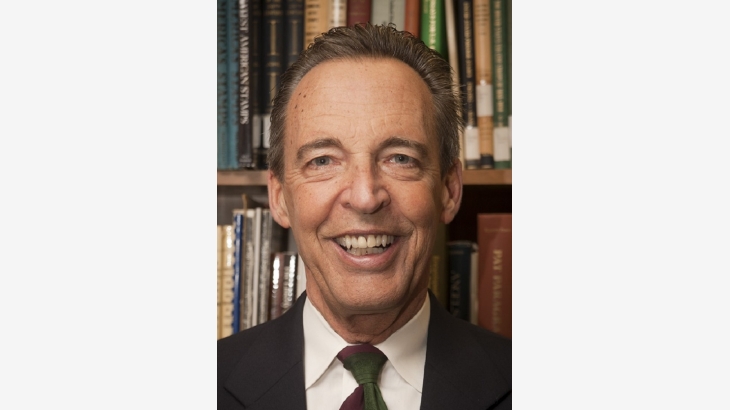 Neyhart, who holds a Ph.D. in business administration from Penn State, retired in 2001 as emeritus professor of business from Oregon State University. His winning article examined the complete postal history of the 1935 San Diego California Pacific Expo t

The following is a press release from La Posta Publications:

La Posta Publications Publisher Peter Martin has announced that, for the third consecutive year, Charles Neyhart has been selected as the winner of the Richard W. Helbock Prize that is awarded to the best postal history article appearing in the previous year’s La Posta: The Journal of American Postal History.

Neyhart, who holds a Ph.D. in business administration from Penn State, retired in 2001 as emeritus professor of business from Oregon State University and lives in Portland.

His latest article examined the complete postal history of the 1935 San Diego California Pacific Expo that was held during the Depression at the same venue as the 1915 Panama California Expo.

Runner-up for the 2016 prize was, “The Inside Story of the Staples Post Offices” by Kelvin Kindahl (Fourth Quarter, 2015 La Posta) of Florence, Mass. This outstanding modern postal history feature reviewed the history of the four attempts by the U.S. Postal Service to place contract post offices into major chain retail stores and included a complete listing of all the recent Staples Post Offices, with start and ending dates.

Third place was awarded to, “The Postmarks of Rockville, Maryland: Postal Cancellations from 1801 to 1975” by Wayne Anmuth (Third Quarter, 2015 La Posta) of Chevy Chase, Md. The article provides a look, through postal history examples, of the many postmarks used for this well-known city just outside Washington, D.C.

Receiving honorable mentions were: Patricia Kaufmann for her Confederate feature, “A Cover to a Sea Captain – The Victim of Mutiny and Murder,” and three articles by Jesse I. Spector and Robert L. Markovits: A Patriotic Cover and the Johnson's Island Confederate Prisoner of War Camp,” “Resurrecting William Thompson,” and “A Great War Postal History Perspective.”

The selections were based upon voting by the La Posta editorial staff and the Patron, Benefactor and Sustaining subscribers of La Posta.

The Richard W. Helbock Prize is named in honor of the founding editor of La Posta who died from a heart attack in 2011. Helbock founded La Posta in 1969 and continued to edit the journal for more than 42 years until his death.

La Posta: The Journal of American Postal History is published four times per year. It is the leading journal devoted to American postal history and marks its 48th year of publication in 2016. Subscriptions are $34 per year. For more information contact: La Posta Publications, POB 6074 Fredericksburg, VA 22403 or e-mail laposta.joan@yahoo.com.