No shortage of holiday stamps from USPS 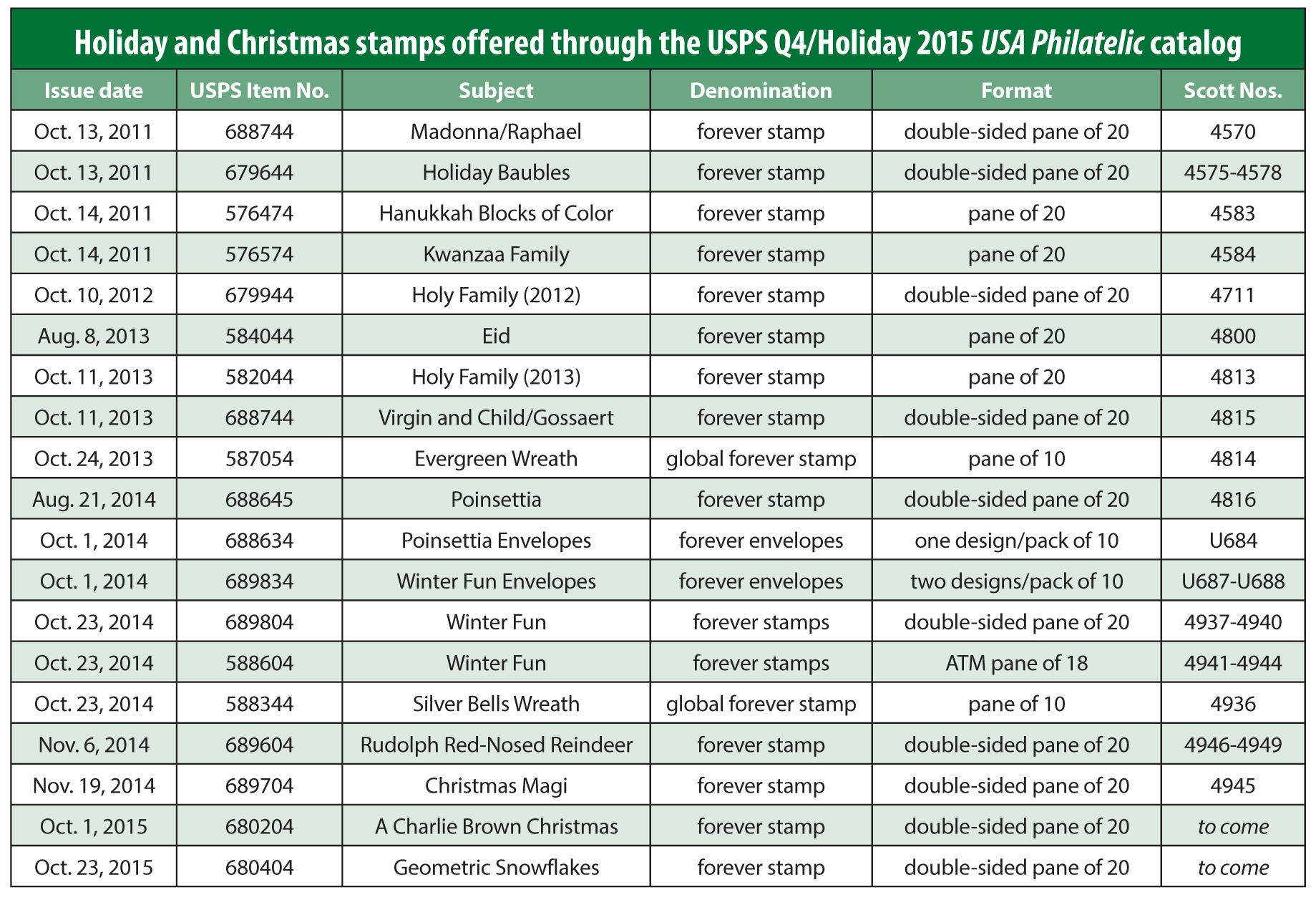 The most recent edition of the USA Philatelic catalog opens with six pages of holiday and Christmas stamps. The available stamps listed in the catalog are presented in this table. 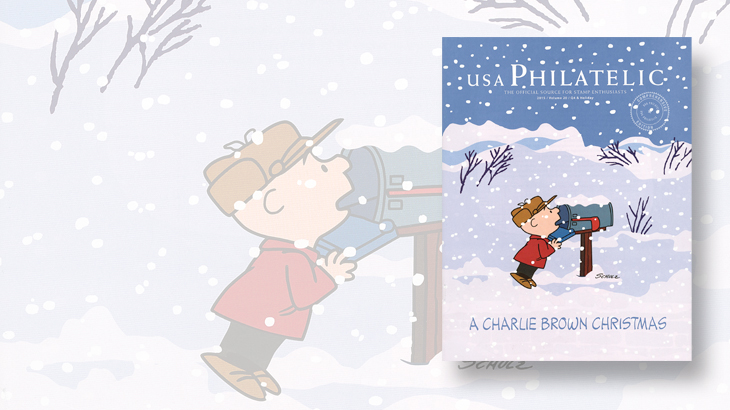 The cover of the most recent USA Philatelic stamp catalog from the U.S. Postal Service features Charlie Brown checking his mailbox.
Previous
Next

The United States Postal Service is offering more than 20 varieties of holiday and Christmas stamps and postal stationery online and through its recently published USPS USA Philatelic stamp catalog. Many of these stamps are also available from local post offices.

The USA Philatelic catalog cover features an image of Charlie Brown from the Peanuts comic strip, peering into his empty mailbox as snow falls from the sky and covers the ground around him.

The cover design resembles one of the 10 forever stamp designs in the A Charlie Brown Christmas stamp set issued Oct. 1, but there are a few differences. Charlie Brown’s mouth is open on the catalog cover, for example, and closed on the stamp.

Inside the new catalog, identified as the “Q4 (fourth quarter) & Holiday” issue for 2015, are six full pages of holiday stamp and postal stationery listings. The holiday stamps offered extend back as far as the Holiday Baubles forever stamps issued Oct. 13, 2011, in a double-sided pane of 20 (Sennett Security Products printing, Scott 4575-4578), and the Madonna of the Candelabra by Raphael forever stamp (4570) issued the same day.

Postal Service officials have recently noted that the agency has a significant stockpile of past holiday issues. In a statement issued Sept. 10, USPS spokesman Mark Saunders reported that the Postal Service inventory includes more than a half-billion religious-theme holiday stamps alone.

Also included in the catalog are the recent A Charlie Brown Christmas double-sided pane of 20, and the similarly formatted Geometric Snowflakes set of four with an Oct. 23 release date.

All of the holiday stamps and postal stationery items offered through the new USA Philatelic catalog are listed in the table accompanying this article. Some, but not all, of these issues are also available from the online USPS Stamp Store. Uncut press sheet varieties for some of these stamps are also available.