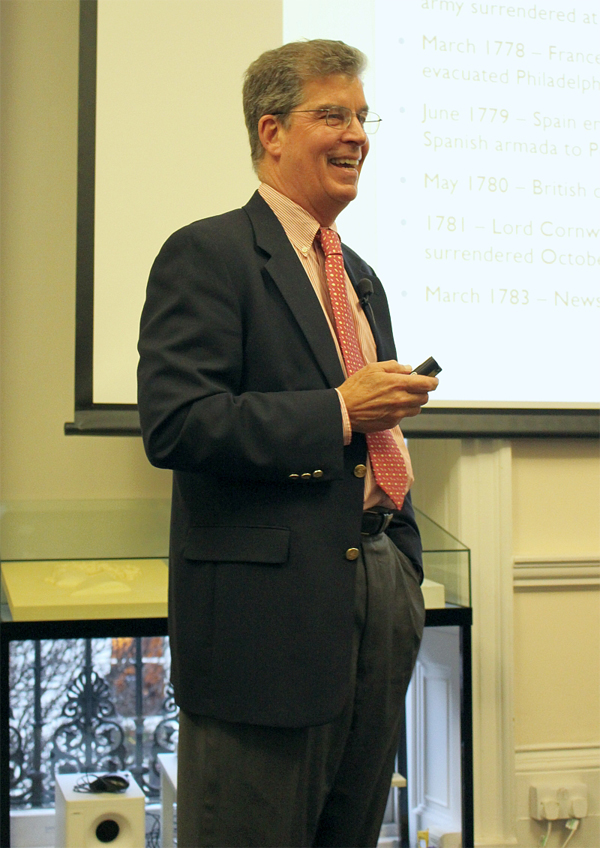 Members of The Royal Philatelic Society London viewed a rare display of material from the North American blockade of mail from 1775 to 1815 during its Feb. 26 meeting. This meeting also was broadcast to membership worldwide through YouTube.

Within two days, those in the meeting room in London were joined by more than 400 others worldwide through the Internet, making this probably the largest evening meeting of the Royal Philatelic Society London in its history.

The display was assembled by Steven Walske, who stated that he had researched the story by analyzing the history and geography of the period, as well as by studying newspapers and covers.

The period embraced two wars: the Revolutionary War of 1775 to 1782 and the War of 1812 that lasted until 1815. The covers shown passed through the blockades undertaken by both the Americans and British.  Items shown included the protected mail carried by cartel ship, this being official mail between the governments, or mail carried from prisoners of war.

Those wishing to visit the Royal Philatelic Society London at 41 Devonshire Place, London W1G 6JY, or be a guest at one of its meetings, are asked to contact in advance the administrative office by phone at 011-44-020-7486-1044 or by e-mail secretary@rpsl.org.uk.