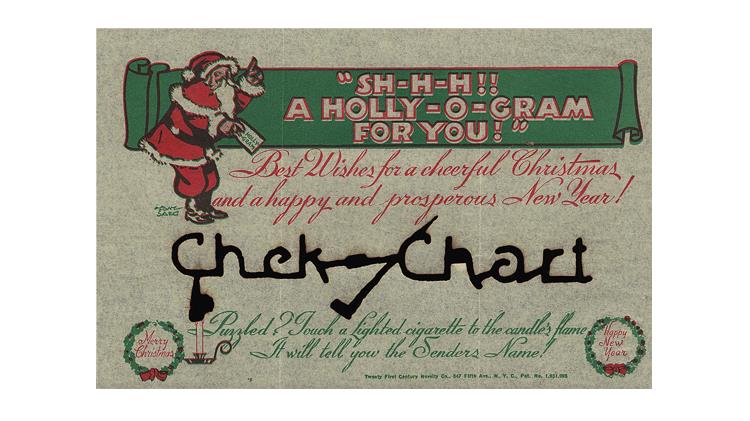 Figure 1. This Holly-O-Gram greeting, which resembles a telegram, required the recipient to be involved in determining the name of the sender. 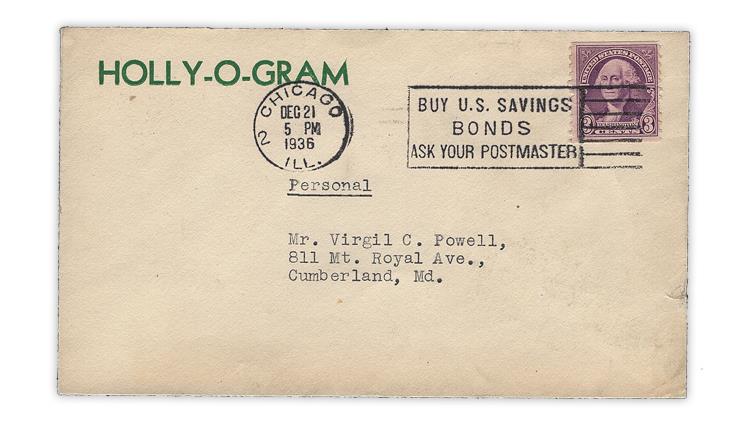 Have you ever heard of a Holly-O-Gram? I hadn’t until Linn’s reader Robert Munshower of Westlake, Ohio, came up with the unusual Christmas greeting shown in Figure 1. It appears to be modeled on a telegram form.

But, of course, a telegram states the name of the sender without requiring that the name be revealed by a process described on the Holly-O-Gram as “Puzzled? Touch a Lighted cigarette to the candle’s flame. It will tell you the Sender’s Name!”

According to the small print underneath those instructions, this magic greeting was produced by the Twenty-First Century Novelty Co. of New York City.

The Holly-O-Gram was enclosed in the envelope shown in Figure 2. Mailed from Chicago, it was canceled on Dec. 21, 1936.

The recipient apparently followed the instructions to learn who the sender was (whose name is not on the envelope). To me, it looks is looks like “Chek Chari” or perhaps “Chek Chart.”

Mail early for Christmas humor from the USPS