Novelty stamps have that little something extra added to their designs 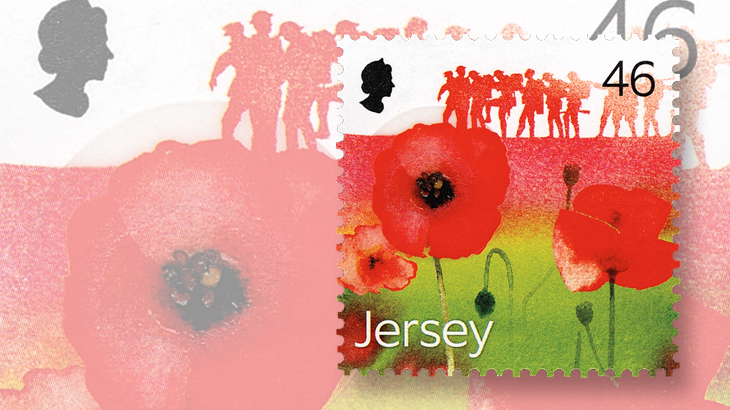 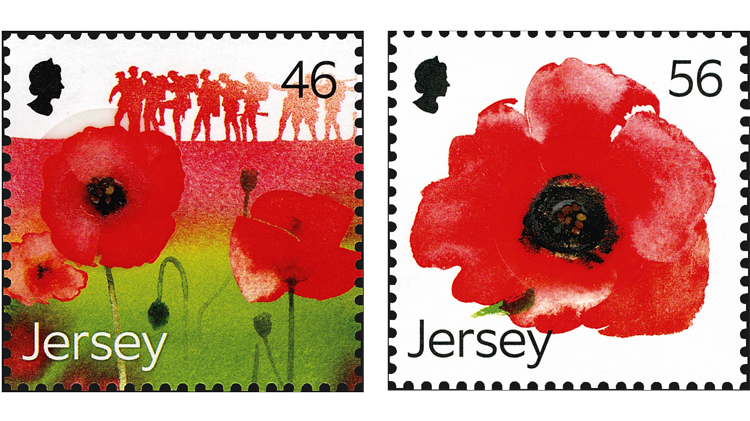 In addition to paying postage, these two stamps from Jersey come with poppy seeds encapsulated under biodegradable film, which, if planted, can produce poppy blossoms. 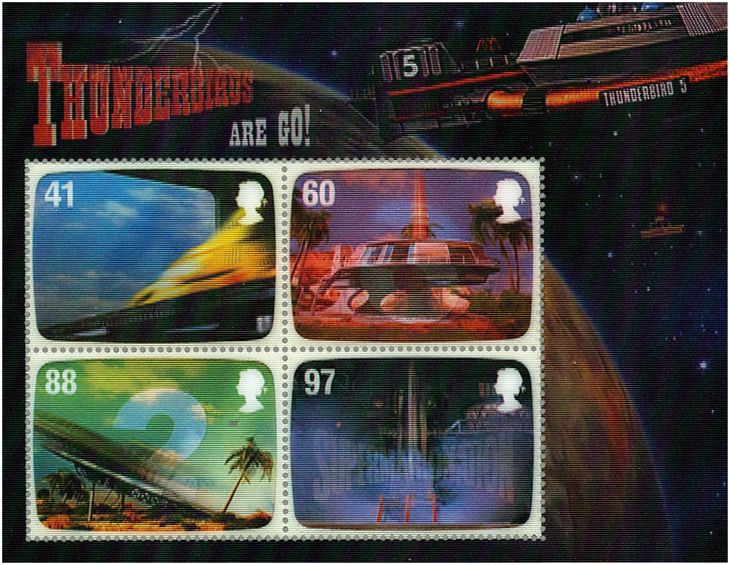 Microlenticular technology was used to create these four Great Britain stamps in a souvenir sheet featuring the science fiction television series Thunderbirds. The technology gives the appearance of motion when the sheet is slightly tilted. 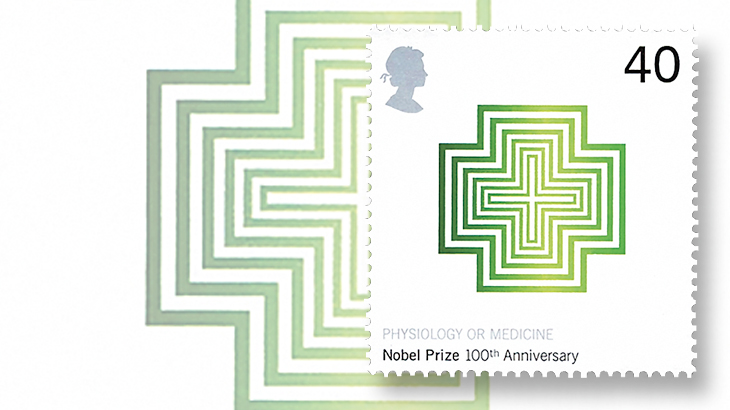 The green cross on this 40-penny stamp produces a fragrance of eucalyptus when gently scratched. The stamp, part of a 2001 Nobel Prizes Centenary issue, honors the prize in physiology or medicine. 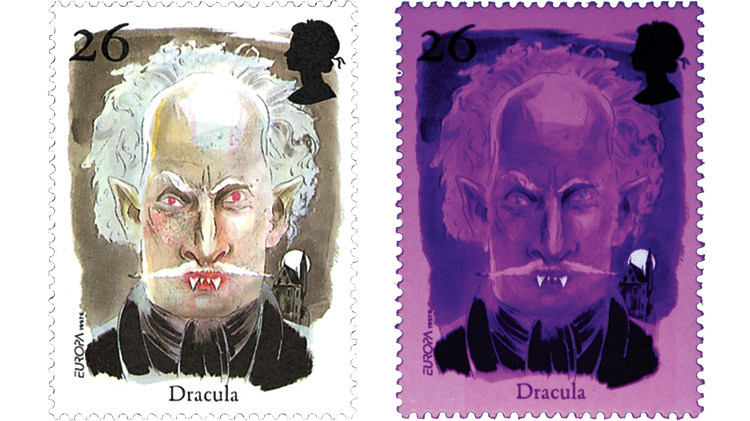 Phosphor ink was used to print Dracula’s fangs and the full moon behind the haunted house at lower right, which give them an eerie effect when viewed under shortwave ultraviolet light, right.
Previous
Next

Novelty stamps have something unusual about them that makes them distinct from normal postage stamps. It might be their shape or some gimmick, a substance other than ink that releases a fragrance, or some way to give texture or to imitate motion.

For example, when you purchase the two Jersey stamps shown nearby, you not only get the service of delivery of a mailed item, you get a poppy seed.

On each stamp (Scott 1747-1748), the seed is encapsulated in the center behind a thin, biodegradable film. If the stamps are planted and cultivated, a poppy plant might grow and produce flowers.

Jersey issued these two stamps May 6, 2014, in a set of six commemorating the centenary of World War I.

Several countries have produced novelty stamps.  One of the best known is Bhutan, which issued stamps in 1973 that also were vinyl records that, through the use of a turntable, played the country’s national anthem or a narrative giving a brief history of the country.

You can listen to these stamp recordings on the Internet.

I found examples of these stamps from Bhutan on eBay, offered at prices between $50 to $200.

The 1997 Story and Legends set (Scott 1754-1757) features characters from classic horror stories, including Dracula and Frankenstein. The novelty of these stamps is that they are overprinted with phosphor designs that can only be seen under shortwave ultraviolet light.

For example, when the 26-penny Dracula stamp is viewed under ultraviolet light, his teeth appear as fangs and the full moon behind the haunted house at lower right shines brightly.

Another novelty that has been incorporated into stamp production is familiar smells. In 2013, Belgium issued a pane of five stamps that smelled like chocolate (Scott 2624). The fragrance was infused in the paper and in a special varnish.

Great Britain has issued one scratch-and-sniff stamp. The 40p denomination in the 2001 Nobel Prizes Centenary set (Scott 1996) represents the category of physiology or medicine.

When gently scratched with a fingernail, the green cross in the center of the stamp’s design releases a mild odor of eucalyptus, a scent traditionally associated with medicine.

After almost 20 years, the fragrance may have dissipated and not be evident any longer on examples of this stamp in collectors’ hands.

More than 90 stamps from around the world have added scents, including jasmine and sandalwood (India), coffee (Brazil, Colombia, the Netherlands, New Caledonia, Poland and Portugal), and rose scent (Australia, Bhutan and many other countries).

Royal Mail used microlenticular technology, which produces the appearance of 3-D motion on a two-dimensional surface, to produce a souvenir sheet of four stamps for the 2011 issue featuring television shows created by Gerry Anderson.

The souvenir sheet honors Anderson’s most successful show, Thunderbirds, a science fiction television series popular in the mid-1960s in Britain.

Microlenticular technology allows an impressive 35 frames of motion to be displayed on each stamp in the souvenir sheet. The 97p denomination, when slightly tilted, shows the launch of a spacecraft.

Royal Mail sometimes plays with novelty elements. It keeps postage stamps interesting to the public and perhaps encourages some to start collecting stamps.