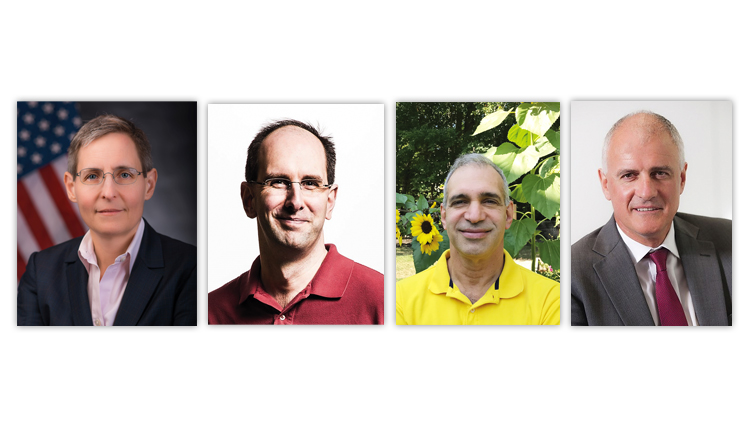 The Smithsonian National Postal Museum in Washington, D.C., announced May 5 the appointments of Ann Dunkin, Scott Guthrie, Yamil H. Kouri Jr. and Edmund Truell to its council of philatelists.

The council provides the museum with philatelic advice, advises on engagement with the world of philately, promotes the museum's purpose and programs, and helps build its financial base. The members are appointed by the Smithsonian board of regents.

During the Obama administration, Dunkin was the chief information officer of the EPA. Following the 2020 presidential election, she served on the EPA review team for the Biden-Harris presidential transition team.

She currently is a chief strategy and innovation officer focused on state and local government at Dell Technologies.

Dunkin holds master’s and bachelor’s degrees in industrial engineering from the Georgia Institute of Technology and is a licensed professional engineer in California and Washington state.

Dunkin is a published author, most recently of the book Industrial Digital Transformation, and a speaker on technology modernization, digital transformation and organizational development.

Guthrie has been collecting since childhood and focuses on the U.S. classic period, Great Britain line-engraved issues and British Commonwealth. His specialty is the U.S. 1861-67 1¢ Franklin.

A computer scientist by training, Guthrie is executive vice president of Microsoft’s cloud and AI business. He is a graduate of Duke University and lives with his wife and two children in Seattle, Wash.

Kouri has been a stamp collector since early childhood and became interested in postal history in the late 1970s.

He has written almost 200 articles and monographs on postal history, covering a variety of subjects, primarily dealing with the maritime and military mail of Spain, former Spanish colonies, Cuba, the United States and several European countries. Also he has written or co-authored six books, most recently Spanish Colonial and Mexican Mail in the United States, published in early 2021.

A frequent speaker on a wide range of philatelic and postal history themes, Kouri has made almost 100 presentations at various events.

Kouri is a fellow of the Royal Philatelic Society London, and a member of the Real Academia Hispanica de Filatelia e Historia Postal, the European Academy of Philately, and more than 20 philatelic organizations around the world.

He is a board member of the American Philatelic Congress and U.S. Philatelic Classics Society, chairman of the board of the Spellman Museum of Stamps and Postal History, and vice president of the Interamerican Federation of Philately (FIAF). On many occasions, he represented the United States as an FIAF delegate.

Truell has been running third-party funds since the age of 16. He qualified as a chartered financial analyst while studying economics at Durham University. He has created and ran a series of innovative entities, including Hambros European Ventures, Duke Street Capital private equity and Duchess debt funds, Pension Insurance Corporation, Disruptive Capital Finance, and the London Lancashire Pension Partnership/London Pensions Fund Authority.

In 2014 he was voted PricewaterhouseCoopers’ entrepreneur of the year. He is a former special economic advisor to the mayor of London.

Truell is trustee and founder of the Truell Conservation Foundation and a former director of Galapagos Conservation for the Charles Darwin Foundation, the first debt for nature swap.

For more information about the National Postal Museum, call 202-633-1000 or visit the website. Other members of the council of philatelists also are listed on the website.

The museum is located at 2 Massachusetts Ave. NE, Washington, D.C., but is temporarily closed to the public because of the COVID-19 pandemic.