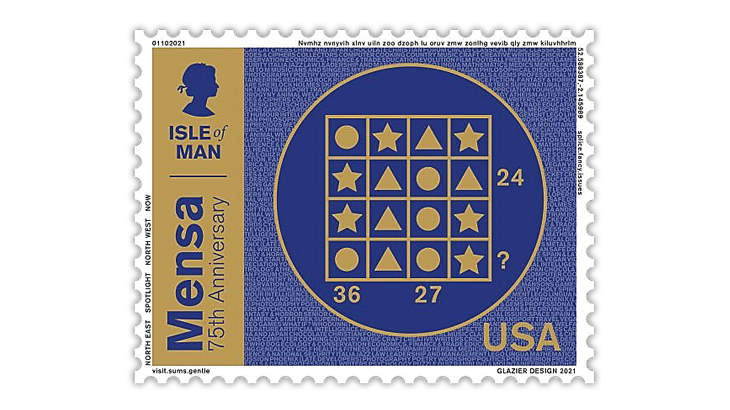 The Isle of Man Post Office issued a set of six stamps Oct. 1 to mark the 75th anniversary of Mensa, the world’s oldest and largest high IQ society.

The stamps feature puzzles, codes and ciphers. Also in the lower left corner of each stamp is a three-word reference to “important Mensa places and locations on the Isle of Man” created using the what3words app, according to the press release announcing the stamps.

Chris Sheldrick, CEO and co-founder of what3words, said: “It’s a real honour to mark Mensa’s 75th anniversary in a world first — what3words addresses on royally approved stamps! Mensa is a celebration of neurodiversity in society, and this stamp collection is a perfect tribute.”

All of the stamps are denominated, include one inscribed “USA” to pay the letter rate to the United States (currently £2.15).