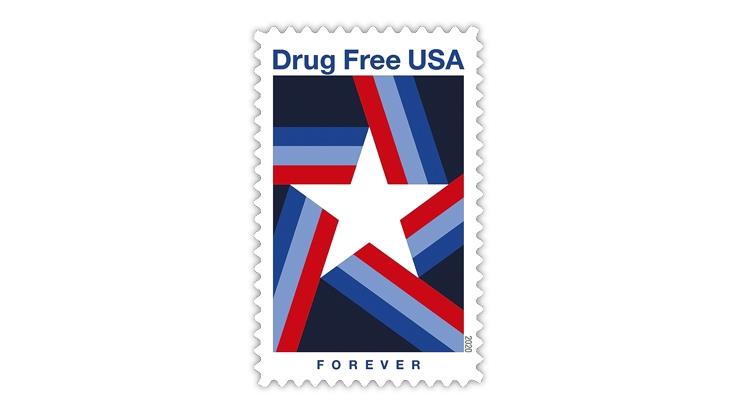 The Drug Free USA forever stamp will be issued Oct. 27. The stamp is intended to raise awareness about the dangers of drug use, according to United States Postal Service. 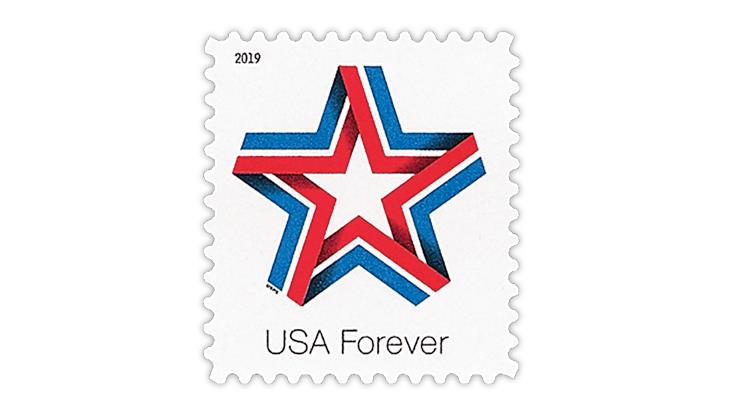 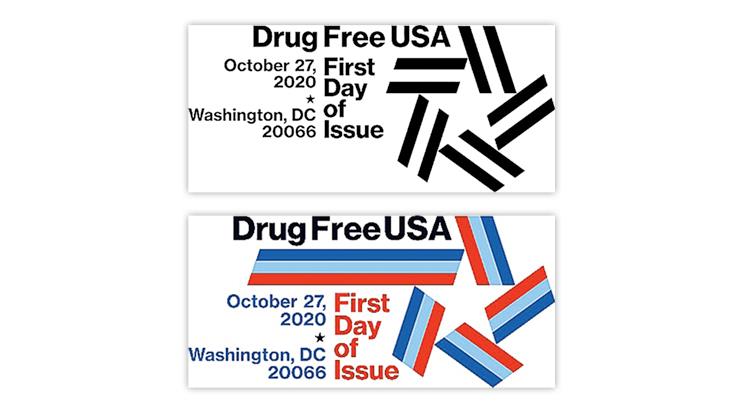 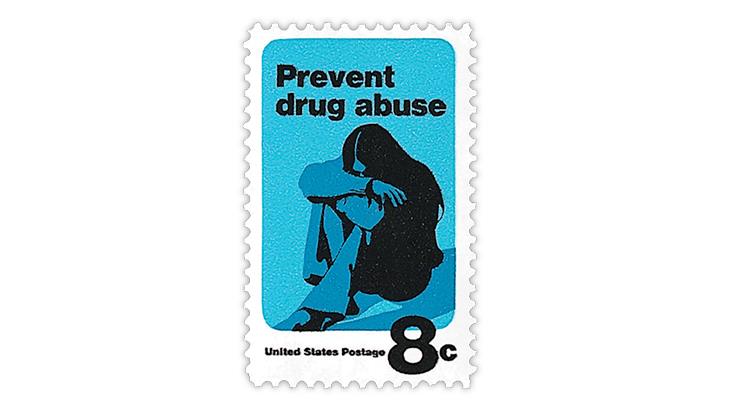 Concerns about drug abuse in the United States were addressed nearly 50 years ago when the 8¢ Prevent Drug Abuse stamp was issued Oct. 4, 1971.
Previous
Next

The United States Postal Service will issue its Drug Free USA forever stamp on Oct. 27 in panes of 20.

The design of the nondenominated (55¢) commemorative was first revealed Oct. 31, 2019, during Red Ribbon Week, which has been described as “the nation’s oldest and largest drug use prevention awareness program.”

The National Family Partnership was established in 1980 as the National Federation of Parents for Drug Free Youth, “as a grassroots, nonprofit organization … by a handful of concerned and determined parents who were convinced they should begin to play a leadership role in drug prevention.”

In 2019 the United States Drug Enforcement Administration, part of the U.S. Department of Justice, submitted a joint letter with the National Family Partnership to the USPS Citizens’ Stamp Advisory Committee proposing “a stamp to raise national awareness of the dangers of drug misuse through prevention, and education,” according to the Drug Enforcement Administration.

“I am very pleased that the U.S. Postal Service will issue a stamp affirming our commitment to a drug-free America,” said the Drug Enforcement Administration’s acting administrator Uttam Dhillon. “This stamp will help raise awareness of the fight against drug addiction and honor those who have dedicated their lives to that cause.”

The artwork on the new stamp was developed and prepared by graphic designer Aaron Draplin.

“The image of a white star with lines of red, light blue and blue radiating from one side of each of the star’s five points suggests the unity that is necessary at all levels to effectively address drug abuse,” according to the Postal Service. “The stamp’s background is dark blue.”

The inscription “Drug Free USA” is printed in blue across the top of the stamp, with “FOREVER” in smaller blue letters below the central design.

Greg Breeding designed the stamp and its typography. William J. Gicker is the art director. The stamp is offset-printed by USPS contractor Ashton Potter.

Both the Star Ribbon stamp and the Drug Free USA stamp feature a white star in the center that is shaped by radiating stripes of color.

After his first stamp was announced by the Postal Service, Draplin posted an enthusiastic message about the experience on Instagram.

“You know why I love stamps so much?” Draplin wrote. “Because everyone needs a stamp. Everyone gets to enjoy the art on them. Too many times, art and design is only for those who can afford it. Stamps? They are a democratization of design. And that? That’s my favorite kind of graphic design.”

Born in Detroit, Mich., Draplin is based in Portland, Ore., where he established Draplin Design Co. in 2004.

The star design is also prominent on the two pictorial first-day cancels developed in association with the new stamp: one in black and the other in color.

Along with the standard post office panes of 20, the Drug Free USA stamp will be offered in partial press sheets of 120 stamps (six panes) selling for $66.

According to the USPS Postal Bulletin, the designated city of issue for the Drug Free USA stamp is Washington, D.C. Because of the COVID-19 pandemic, in-person first-day ceremonies have been suspended since March, but most stamps issued in recent weeks have been celebrated in online events sponsored by the Postal Service on the stamp’s day of issue.

Drug abuse was first addressed on a U.S. stamp nearly 50 years ago. An 8¢ social awareness commemorative with the inscription “Prevent drug abuse” shows a seated young woman in bell-bottom jeans with her face buried in her crossed arms, conveying despair. The design was created by Miggs Burroughs.

The stamp (Scott 1438) was issued Oct. 4, 1971, just four months after a press conference in which President Richard Nixon identified drug abuse as “public enemy number one in the United States.”

The Office of Disease Prevention and Health Promotion, a division of the U.S. Department of Health and Human Services, stated that “Although progress has been made in substantially lowering rates of substance abuse in the United States, the use of mind- and behavior-altering substances continues to take a major toll on the health of individuals, families, and communities nationwide.”