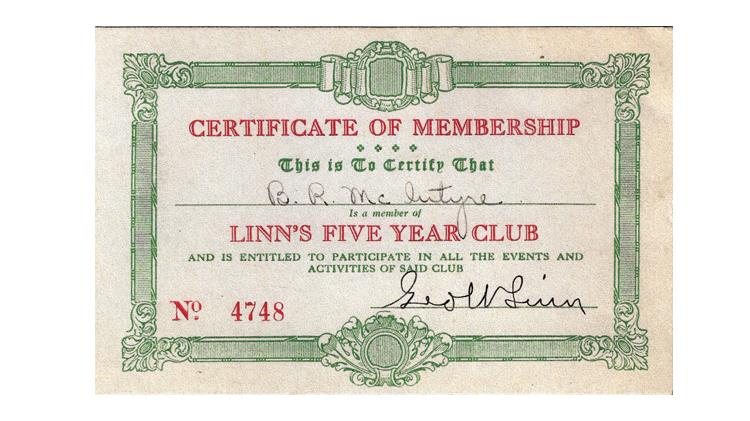 Figure 1. Whenever this certificate of membership was issued by George Linn, who founded Linn’s Stamp News in 1928, there were already 4,747 other members. 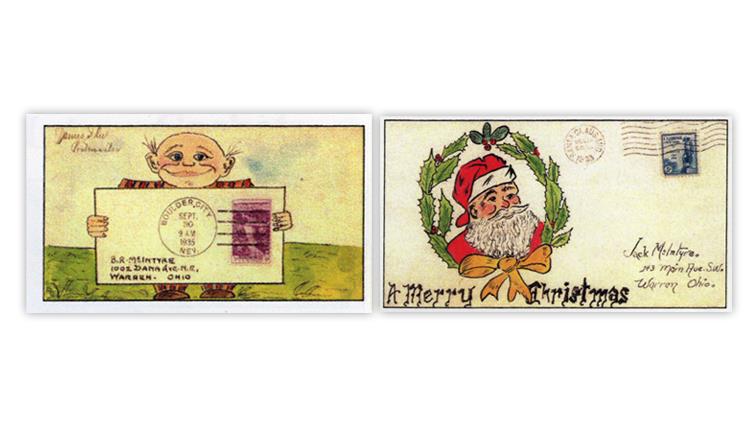 Figure 2. On top is Bruce McIntyre’s first cachet for a stamp issuance, the 3¢ Boulder Dam commemorative of 1935. Below it is an attractive McIntyre Christmas cachet from 1933.
Previous
Next

Linn’s Stamp News was founded in 1928 by George W. Linn, whose image we see on the front page of this newspaper each week. My friend Kurt Laubinger of Macedonia, Ohio, recently came up with a wonderful bit of memorabilia from the early years. It’s the certificate of membership in Linn’s Five Year Club, shown here in Figure 1.

The certificate is signed by Linn but is not dated.

Because of the lack of a date, it isn’t clear if the Five Year Club refers to subscription years since the founding (1928-33), or for any five-year period in which someone was a subscriber. Either way, it shows Linn’s genius for building subscriber loyalty.

In this case, the certificate was issued to Bruce R. McIntyre (1885-1962), who could certainly have been an original subscriber.

McIntyre was a talented commercial artist, very much in demand in Ohio, who began illustrating philatelic covers in 1929 for his own amusement. Two examples are shown in Figure 2: his first first-day cover cachet, which was for the Boulder Dam 3¢ issue of 1935 (Scott 774), and an attractive 1933 Christmas cachet.

A lot of McIntyre’s artwork would cover the entire envelope. Several other examples are shown in an article by Laubinger published in the December 2006 issue of First Days. That magazine is the excellent publication of the American First Day Cover Society.

Linn’s readers who would like a copy of the article are invited to send me an email at jmhstamp@verizon.net, or you can request a hard copy from me at Box 1125, Falls Church, VA 22041-0125. Please enclose a legal-size stamped envelope.

A question of dollars and cents