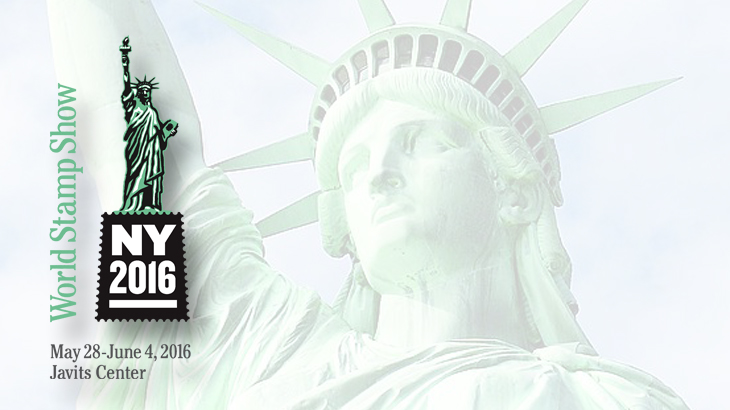 Well, the big show is over, and many of us who have been planning this extravaganza for more than a decade are finally catching our breath. It gives us all a chance to reflect on what we planned and how it all turned out, with the goal of sharing that knowledge and experience with the Boston 2026 team preparing America’s next international philatelic exhibition.

We know you have some immediate questions of us, so allow me to let you know what’s what.

Did the show make money? The simple answer at this time is that it looks like we will make a modest surplus when all is said and done.

Just how much is yet to be determined, as we still await invoices from the Javits Center; Freeman Decorating, our decorators; and several other major suppliers. Really! Final bills can take several months to receive and confirm, or dispute their charges, as our colleagues running Washington 2006 well know. Nothing different here. But initial estimates definitely have us in the black.

How many people came to the show? While thousands of people took advantage of online pre-registration through our website (thank you!), many thousands more were walk-ins. That wasn’t unexpected. Their hand-written registration slips are being processed now and being added to the attendance database, which will be cleansed of duplication and reported on when ready.

Keying these additional registrations into the database on people’s arrival would have caused much longer lines and required additional manpower and equipment that would have been cost prohibitive. So doing this afterwards made sense, and kept thousands more dollars to our bottom line.

Hiring help or lining up volunteers to get a “click count” of people going onto the show floor would not have given us accurate numbers. How many times do you think people went in and out over their visit to get food or see the Jenny on display in the lobby, go downstairs to attend first-day ceremonies or meetings or auctions, visit the New York City sites and then returning? You get the idea.

Waiting for a true count will be worth the delay in getting these legitimate numbers out in just a few more weeks.

What are attendees saying? You can probably imagine the hundreds of emails I have been receiving from visitors around the world congratulating the show committee on putting on a spectacular show. It was a once-in-a-lifetime experience for many and truly appreciated by everyone.

Several show-goers passed along suggestions for improvements that we are reviewing and will get these to the Boston team. All feedback continues to be much appreciated.

Were dealers pleased? In the song “Home on the Range” there’s a line that goes, “Where seldom is heard a discouraging word.” That pretty well sums it up. Several dealers reported recouping their booth and show costs after the first two days of the show.

I saw patrons three-deep at one dealer’s booth continually that first weekend. That wasn’t every dealer’s experience, but those I’ve reached out to or who contacted me were extremely happy with the turnout and the results. The same can be said for the many postal administrations manning booths.

Our committee is in the process of preparing an official report that will be presented to the American Philatelic Society Board in August at Stampshow in Portland. I will be giving attendees to Saturday’s APS membership meeting a brief review of the show, answering some of the remaining questions above.

The biggest challenge awaits us: How do we capitalize on this great event for the good of philately’s future? Every one of us should be working on that now. Can we find an easy way to inform casual collectors of upcoming shows in their area on a regular basis to help bolster attendance? How about inviting them to attend a local stamp club meeting to foster their budding philatelic passion, or join the APS or a specialty society? Can we help them start a new stamp collecting club?

I can’t end this message without giving a heart-felt thanks to everyone who assisted making World Stamp Show-NY 2016 such a success. Hundreds of collectors (and some of their family members!) came forth before, during and after the show offering their time and talents in a variety of roles for a few hours or days on end.

And remember — everyone was a volunteer! That fact was even more impressive to the professionals at the Javits Center, Freeman Decorating and others who put on shows like this all the time and get paid for doing the many tasks our volunteers took upon their yoke, albeit a happy burden.

Isn’t that our ultimate legacy? The people we meet along the way who become our friends and share our philatelic passion eventually eclipse the very pieces of paper we so eagerly seek.

See you in Portland!