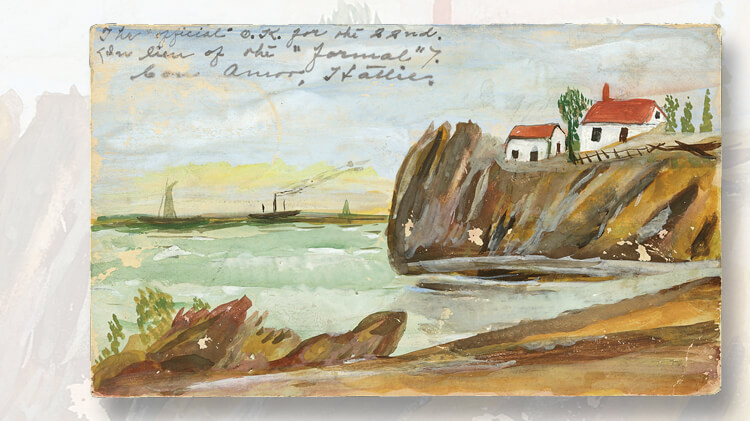 A watercolor of houses on a rocky point of land and boats in the water was painted directly on the message side of a 1¢ McKinley postal card. 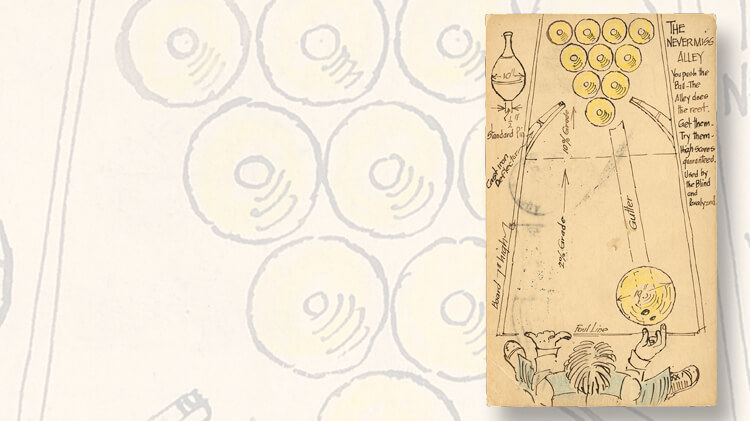 A bowling invention called the “Nevermiss Alley” was drawn in ink on the message side of a 1¢ McKinley postal card. While the card is horizontal, the drawing is vertical. 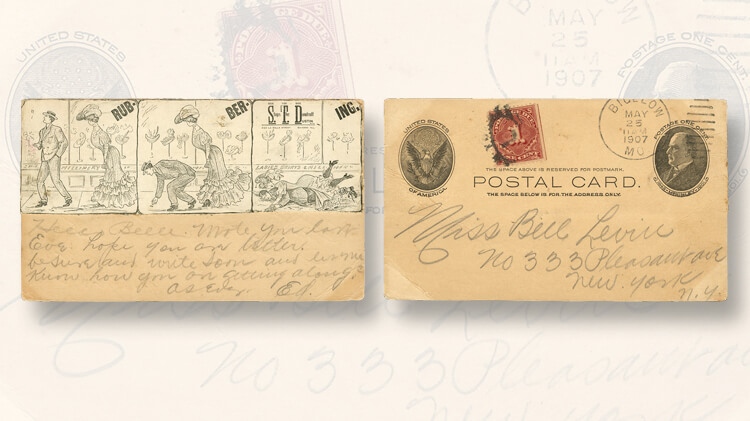 The cartoon artwork was pasted on the message side of this 1¢ McKinley postal card in violation of Post Office Department rules against adding anything to postal cards. In this case, it resulted in the post office uprating the card to the 2¢ letter rate,
Previous
Next

While a purist may ignore the back of a postal card, we collectors are funny people, and the message side might actually be of more interest in some instances. I am one such collector.

For those who enjoy the extra dimension, I am sharing the backs of three postal cards that are more than 100 years old.

Each of these 1902 1¢ McKinley postal cards (Scott UX18) was sent from a different state and has artwork added by the senders.

Two of the cards had the artwork applied directly: one by paint, and the other by pen. The watercolor painting is displayed horizontally, while the pen-and-ink drawing of a bowling invention called the “Nevermiss Alley” is oriented vertically.

A 1¢ postage due stamp was added to the third example, a card sent in 1907 from Bigelow, Mo., to New York City.

The Post Office Department’s rules prohibited the addition of any material to a postal card, and this one has a three-panel cartoon drawn on a separate piece of paper and pasted on the card.

Because of this add-on, the postal card had to be treated as a first-class letter and uprated, per regulations, to 2¢ as letter mail.

Art on the back of postal cards is not often seen, but when encountered, certainly adds interest and value.

Pre-expertizing? An idea whose time has not come