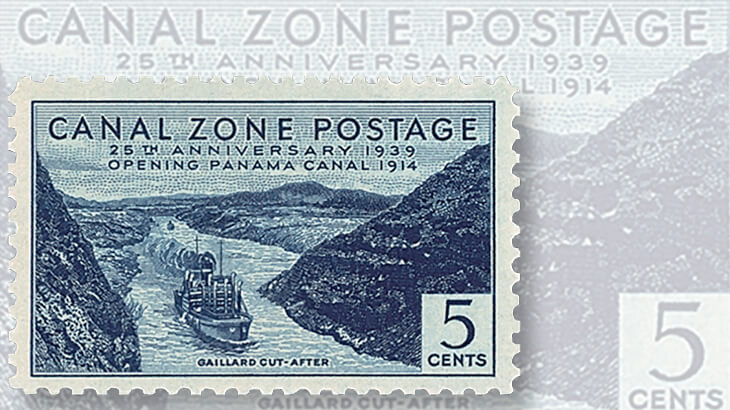 The Canal Zone was a strip of territory about 552 square miles in area roughly paralleling the Panama Canal. The canal across the Isthmus of Panama was engineered, constructed and operated by the United States.

Canal Zone stamps are especially popular with collectors who worked or lived in the Canal Zone during the U.S. administration.

On Sept. 1, 1939, the Canal Zone issued a pictorial set of 16 stamps (Scott 120-135) showing various scenes of the canal before and after construction and in operation. This is one of the most attractive and popular sets of Canal Zone stamps.

We previously tipped this set in a January 2007 Stamp Market Tips column, but it is time to tip it again.

The 2016 Scott Specialized Catalogue of United States Stamps and Covers values the set in mint never-hinged condition at $162.75.