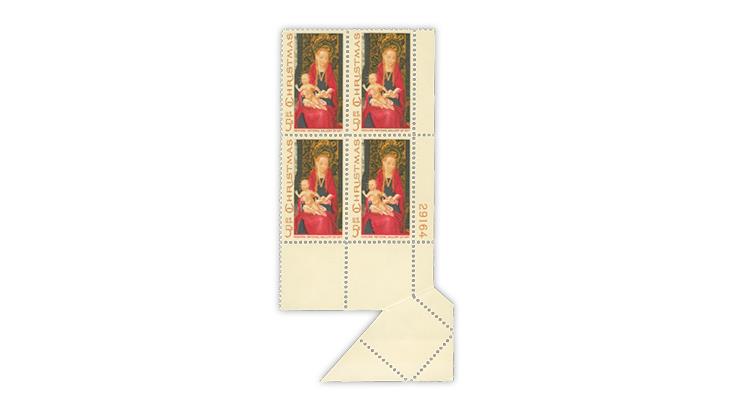 Figure 1. This 1967 5¢ Christmas stamp suffered a corner fold between the printing of the design and perforating and trimming. The result, unfolded, is shown here. 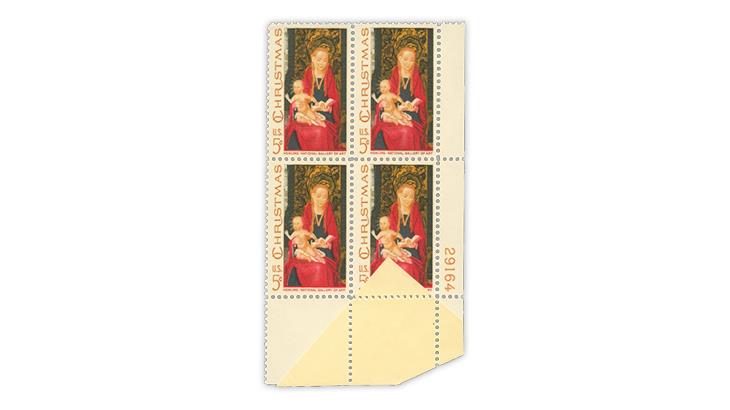 Figure 2. The block of four in Figure 1 is shown here with the foldover in place.
Previous
Next

Paper folds are seldom seen in modern philately, but they are not unknown.

The 1967 5¢ Madonna and Child by Hans Memling Christmas stamp (Scott 1321) plate number block of four with a paper fold shown unfolded in Figure 1 and folded in Figure 2 is a good example and an appropriate one at this time of year.

This foldover happened to the lower right corner of a sheet of 200 of these stamps between printing and perforating. Had it occurred before printing there would be a gap in the bottom right stamp design next to the plate number, and the missing part of the stamp design would have been printed on the bit of margin over the design in Figure 1.

After perforating, the pregummed sheet was trimmed, with the foldover in place, to remove excess marginal paper. With the fold unfolded, you can see that some of the excess paper was left.

Apparently the sheet of 200 with the fold in place was cut into four 50-stamp panes to send to post offices. Some lucky customer bought the affected pane and was smart enough to keep the plate block intact, thus preserving it for philately.

He or she likely got a nice return on the 20¢ investment in the block of four.

If you have an interest in production varieties such as these, you may want to look up the Errors, Freaks and Oddities Collectors’ Club online. The club has an excellent website, and it publishes an award-winning quarterly journal, the EFO Collector, that includes a members’ auction. If you don’t have internet access, drop a line to EFOCC Secretary Scott Shaulis, Box 549, Murraysville, PA 15668-0549 for additional information.