USPS not the only postal administration issuing fruit stamps in 2016 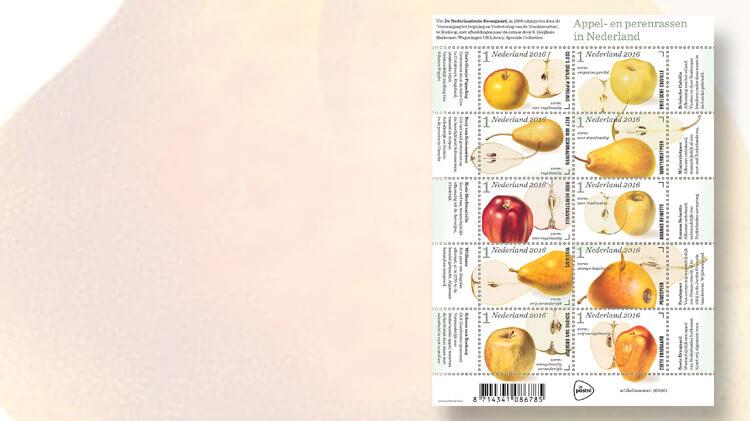 Old varieties of apples and pears that are still grown in the Netherlands are pictured on this pane of 10 issued Aug. 15. 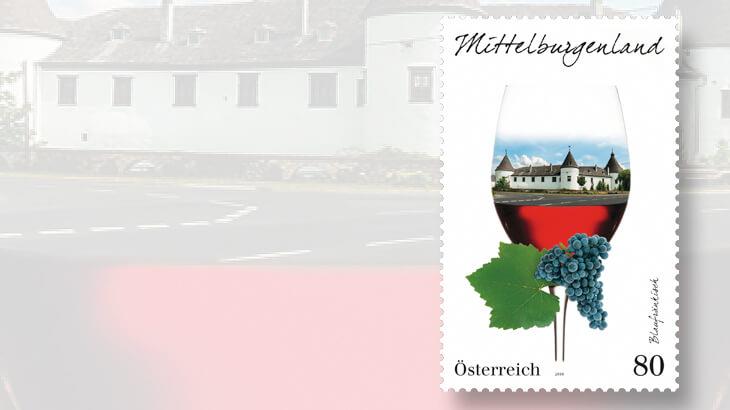 The latest stamp in a series commemorating Austria’s wine-growing regions depicts grapes, wine, and a castle of the Mittelburgenland region. 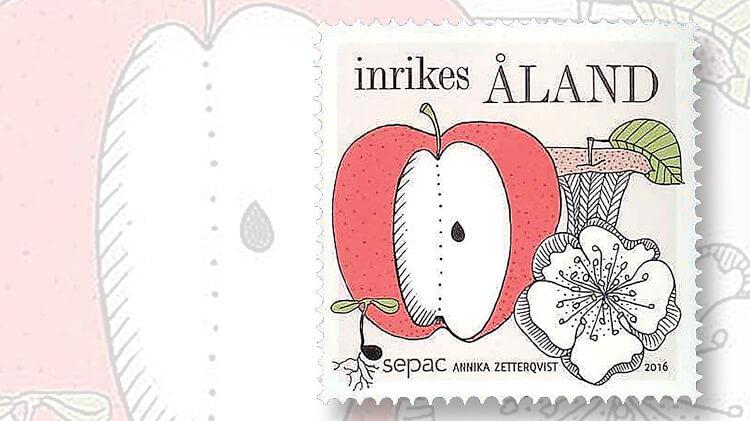 An apple represents the four seasons of the year on Aland’s stamp for this year’s multination Sepac series.
Previous
Next

The Netherlands combines apples and pears on a pane of 10 stamps issued Aug. 15. The stamps are nondenominated with a “1” indicating that they pay the domestic rate.

Each stamp shows a whole fruit and an image of the fruit cut open. The designs by Bart de Haas are based on illustrations from the 19th-century publication Netherlands Orchard.

An apple is used to illustrate the four seasons on a stamp issued Aug. 12 by Aland.

This nondenominated domestic-rate stamp is part of the multination Sepac (Small European Postal Administrations Cooperation) issue with the theme of seasons.

Aland Post said that the design by Annika Zetterqvist could be summarized by the words ”germinate, blossom, ripen and enjoy,” adding that these words appear on both the sheet of 30 (two panes of 15) and on the first-day cancel.

Grapes are depicted on July issues from Austria and Portugal.

Released July 16, the 0.80 stamp from Austria is part of a series highlighting the country’s wine regions. The designs in this series follow the same format, showing a bunch of grapes along with a local scene inside of a wine glass.

The illustration in the glass of wine is of Kobersdorf Castle, which dates back to the 13th century.

The Old Vineyards of Portugal set was issued July 22. The designs are based on photographs taken by Anabela Trindade. In addition to grapes, the stamps show horses plowing a vineyard (0.47), a terraced vineyard (0.58), harvesting (0.75), and barrels of wine (0.80). The 1.80 stamp in the souvenir sheet pictures grapes surrounded by green, red, and gold leaves.