People sent by mail during the early years of parcel post 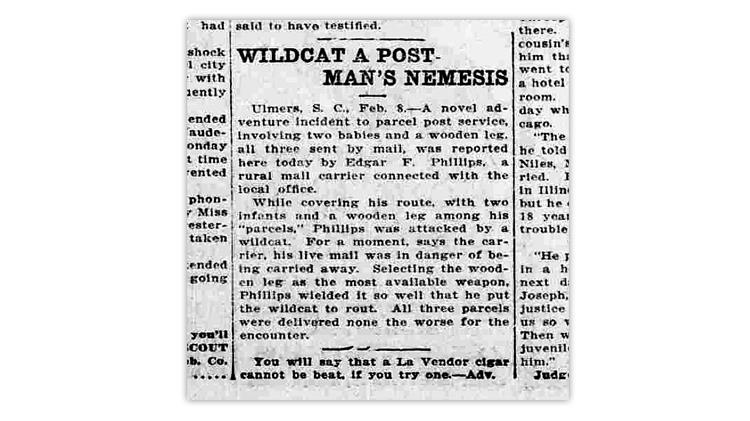 Figure 1. This 1913 newspaper article published just a month after the establishment of the parcel post in the United States tells of a harrowing escape by a postman carrying two babies that had been consigned to the mails. 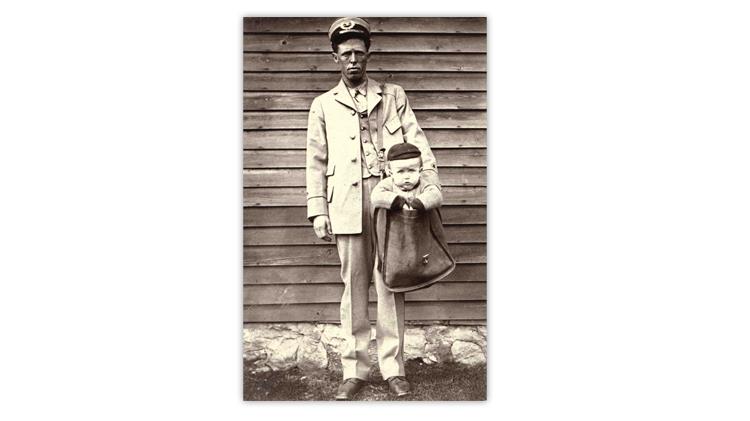 Figure 2. This photograph of a city letter carrier with a baby in his mailbag reportedly was staged. However, in the early 20th century, real instances of children sent through the mail were reported.
Previous
Next

Linn’s reader Cathie Osborne of Sequim, Wash., recently sent a clipping of an old newspaper article with the headline “USES WOODEN LEG TO SAVE 2 BABIES” followed by the subhead “Mail carrier Defends Parcel Post Packages Against Wildcat.” The article was published in the Feb. 8, 1913, 6 p.m. edition of the Seattle Post-Intelligencer.

The text of the brief article reads, ‘Ulmers, S.C., Feb. 7. — A novel adventure incident to parcel post service, involving two babies and a wooden leg, all three sent by mail, was reported here today by Edgar F. Phillips, a rural mail carrier. While covering his route, with two infants and a wooden leg among his parcels, Phillips was attacked by a wildcat. For a moment, says the carrier, his live mail was in danger of being carried away. Selecting the wooden leg as the most available weapon, Phillips wielded it so well that he put the wildcat to rout.”

Other newspapers also carried the same report. For example, the Lake County Times of Hammond, Ind., published it on the front page on Feb. 8, 1913. As shown in Figure 1, that article was headlined “WILDCAT A POST - MAN’S NEMESIS.”

In June 2016, the website of the Smithsonian Magazine posted a story titled “A Brief History of Children Sent Through the Mail” by Danny Lewis. Illustrating the story was the photograph shown here in Figure 2, as well as images of some contemporary newspaper accounts. The South Carolina incident was not among those cited.

Lewis reported that when the U.S. Post Office Department began parcel post service on Jan. 1, 1913, the new service allowed millions of Americans to receive mail-ordered goods, but not without unintended consequences.

A few weeks after the parcel post began, an Ohio couple mailed their 8-month-old son to his grandmother just a few miles away. Baby James was just shy of the 11-pound weight limit for packages sent via parcel post. The delivery cost only 15¢ in postage.

In another case, in February 1914, a 4-year-old girl was sent by train in the U.S. mail from her home to her grandmother, 73 miles away. At 48.5 pounds, the child was less than the then-limit of 50 pounds. The cost was 53¢, which was less than the cost of a passenger ticket.

The article says that in June 1913 the postmaster general decreed that the only live animals that could be sent in the mail were bees and bugs.

But postal workers in some locations continued to accept children for mailing if the circumstances seemed right. In that era, postal workers were respected public servants well known in their communities and could be trusted to perform services they said they would.

It was not until 1920 that the rules made it specifically illegal to mail children.

The British also had their problems with the mailing of humans. BBC.com, datelined Dec. 21, 2017, carried an article titled “The strangest things sent in the post” by Tim Stokes.

The United Kingdom introduced parcel post in 1883. There was nothing in the rules to say you couldn’t send people.

When W. Reginald Bray (1879-1939), an accountant, read the rules governing what could be mailed, he discovered that living things could go through the mails if larger than a bee but smaller than an elephant. So he posted himself successfully in 1900 and again in 1903 just to see if he could get away with it. He did.

This and other instances resulted in a provision in the General Postal Rules of 1903, which state clearly that “There shall not be posted, or conveyed, or delivered by post any postal packet – (3)(f) Except with the special permission of the Postmaster General, any living creature… .”

But even this did not stop the problem completely. In 1909 two suffragettes, Miss Solomon and Miss McLellan, used Royal Mail’s same-day courier service to post themselves to 10 Downing Street so they could deliver their message personally to Prime Minister Herbert Asquith.

“But a Downing Street official refused to sign for them and the delivery boy had to return the women and explain to his bosses why he had failed to make the delivery, according to the BBC report.