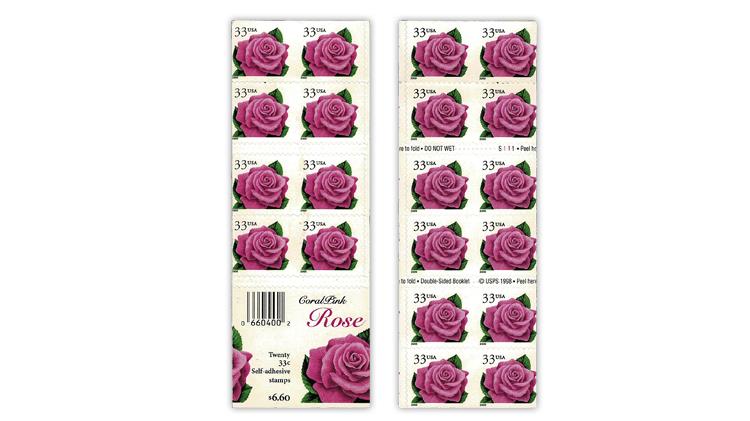 Figure 1. This version of the United States 33¢ Coral Pink Rose stamp was issued in 2000 in booklets of 20 with eight stamps on the front with a label and 12 stamps on the reverse. In this case, the booklet was miscut by one full vertical row, so that the 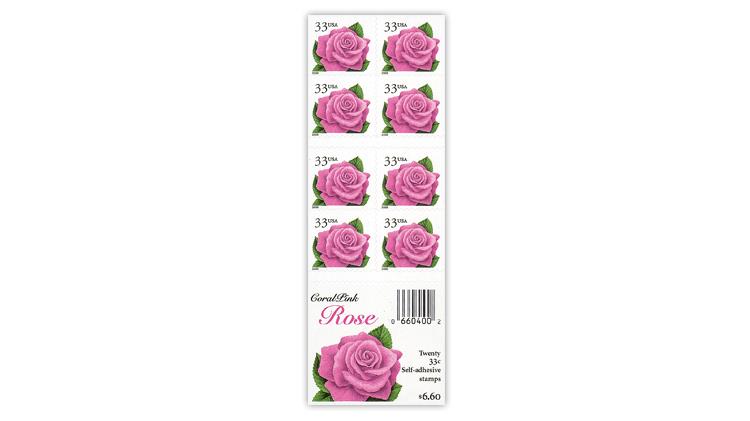 Figure 2. The front of a normal 33¢ Coral Pink Rose booklet pane is shown for comparison.
Previous
Next

How would you describe the 2000 United States 33¢ Coral Pink Rose booklet shown front and back in Figure 1?

When the pane was first submitted for expertizing by the original owner in 2001, the opinion came back as follows: “Unused O(riginal)G(um). Complete booklet pane of twenty, plate no. S111, Imperforate vertically between stamps. And we are of the opinion that: It is a genuine booklet of Scott 3052f, miscut causing the split of the vertical die cutting giving the appearance of being imperforate between.”

This description was accepted by the owner, and more importantly, by the editors of the Scott catalog who apparently used this error as the basis for two listings: 3052Ei, described as “Horiz. Pair, die cutting missing between (PS)” and 3052Ej, a full booklet pane “with die cutting missing between (PS).” The PS stands for perforation shift, or in this case a die-cut shift.

The original expertizing finding was at best confusing, and the Scott descriptions at least partially based upon it were wrong.

When I bought the booklet in 2018, I consulted the Scott catalog, and the first thing I noticed was that it attributed the error to a die-cut shift. The problem is that there is no shift of the vertical die cuts. They are in the margins where they are supposed to be.

Stamp collectors being nothing if not sticklers for precision, I resubmitted the item for a revised, correct opinion. And I paid the $51 fee because it had been nearly 20 years since the original, incorrect opinion. I also included this note to the expert committee: “Miscut booklet — die cuts are in their proper place but miscut puts them on the right edge; leaving the center vertical margin imperf. This is obvious from the miscut label at the bottom. So, what we have is 3052Ei as a full booklet, but NOT from a perf shift.”

In due course, the new certificate came back stating “complete booklet pane of twenty, plate no. S111, vertical die cutting missing between stamps due to a perforation shift.”

To read the rest of John Hotchner’s story about this unusual pane, subscribe to Linn’s Stamp News.