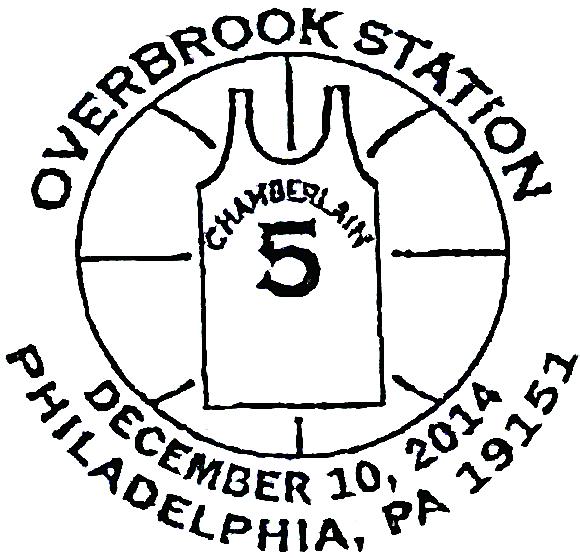 Chamberlain was honored on two United States forever stamps issued Dec. 5 in panes of 18. The stamps show the NBA hall of famer wearing his number 13 on the uniforms of the Philadelphia Warriors and the Los Angeles Lakers.

Chamberlain also played for the Philadelphia 76ers from 1965 to 1968, and for the Kansas Jayhawks in college.

The Dec. 10 postmark shows a basketball jersey with the name “Chamberlain” and the number 5, the number Chamberlain wore when playing for Philadelphia’s Overbrook High School. A basketball provides the background.

The Dec. 13 postmark from Philadelphia Sports Hall of Fame Station shows a basketball at left emblazoned with “100 points,” a reference to the 1962 Philadelphia Warriors game in which Chamberlain scored a record 100 points.

To obtain these postmarks, send requests to the following addresses: