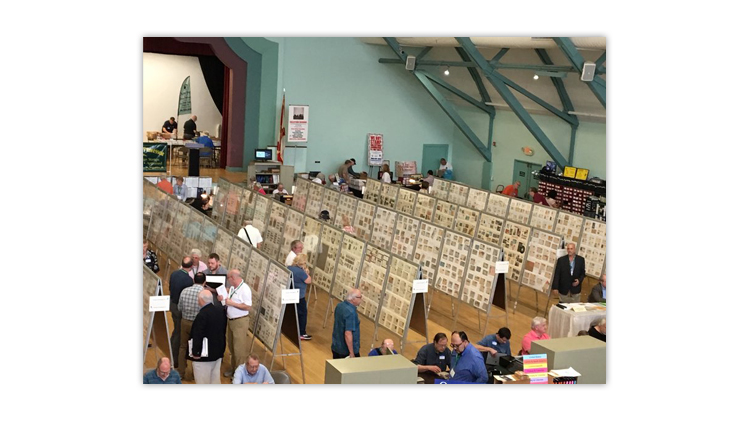 The 2020 show will include 40 dealers and more than 200 frames of exhibits, and the second annual articles-only literature competition will be held at the show. Image courtesy of Sarasota Philatelic Club.

The show will include 40 dealers and more than 200 frames of exhibits.

The second annual articles-only literature competition will be held at the show. The competition is co-sponsored by the Writers Unit No. 30.

The show will host the American Airmail Society, the China Stamp Society, the Society for Czechoslovak Philately and a regional meeting of the Polonus Polish Philatelic Society.

The exhibitor winning the grand award will qualify for the Champion of Champions competition at the Great American Stamp Show to take place Aug. 20-23 in Hartford, Conn.

The panel of judges at the Sarasota show will be headed by Steve Reinhard and will also include Ed Andrews, Ray Pietruszka, Jim Graue and Ed Kroft.

Take the 2020 Scott U.S. Pocket stamp catalog to your next stamp show