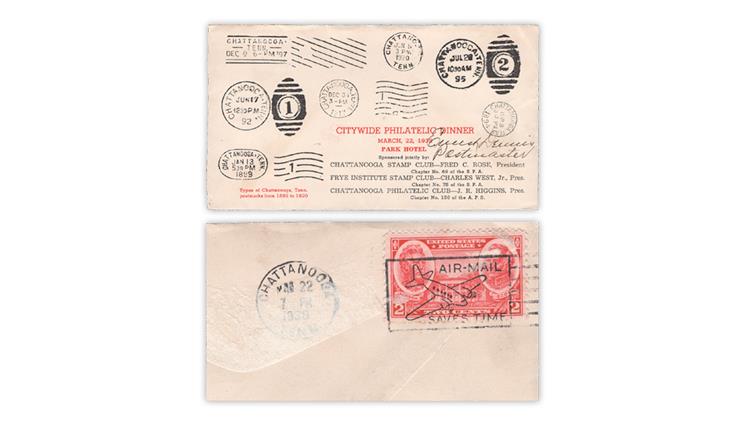 Figure 1. This cover commemorates the 1938 gathering for dinner of members of three stamp clubs of Chattanooga, Tenn. The cover is stamped and canceled on the reverse (shown digitally cropped and rotated). 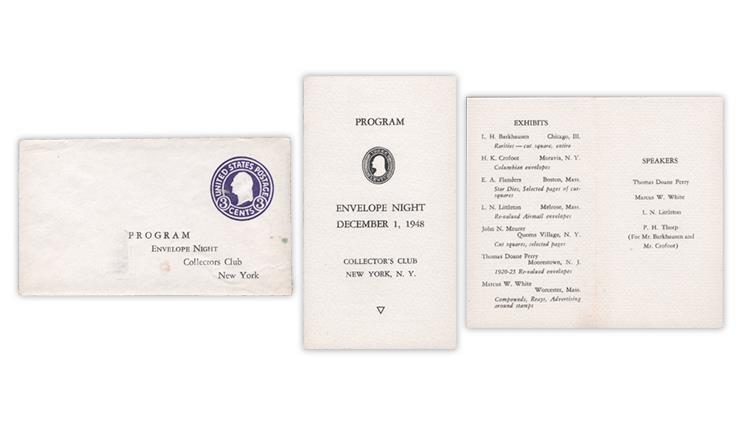 Figure 2. The Collectors Club of New York hosted an “envelope night” on Dec. 1, 1948, where postal stationery exhibits and exhibitors were featured, as can be seen on the program list that was enclosed in the 3¢ envelope.
Previous
Next

Philatelic event souvenirs often display a high level of creativity. Figure 1 shows an example I recently found. This cover was designed as a favor for a citywide philatelic dinner in Chattanooga, Tenn., on March 22, 1938.

The guests were members of the three local stamps clubs, and the cover is signed by the local postmaster.

A United States 2¢ stamp was added to the back of the cover and canceled March 22, 1938. However, there is no mailing address. The 2¢ stamp (Scott 786), issued Jan. 15, 1937, as part of the Army issue, pictures President and Maj. Gen. Andrew Jackson and Gen. Winfield Scott, and Jackson’s home, the Hermitage. The front of the cover features seven types of Chattanooga postmarks in use from 1892 to 1920.

Figure 2 shows a somewhat less imposing event souvenir together with its enclosure. The program (shown open and closed) lists the exhibits on display and the speakers who were to hold forth at the Dec. 1, 1948, “envelope night” at the Collectors Club of New York.

The 3¢ Washington postal stationery envelope does not have a cancellation on the front or back, despite being valid postage.

The list of speakers on the program is a who’s who of postal stationery collectors of the time, so that must be the meaning of “envelope” in the title for the evening.

Three of the speakers were also exhibitors, and the fourth was speaking on behalf of two other exhibitors who were unable to attend.

Such souvenirs used to be common, but are seldom seen these days. They illuminate their times and give us a sense of the history of philately.

I wish there were more of them created these days.