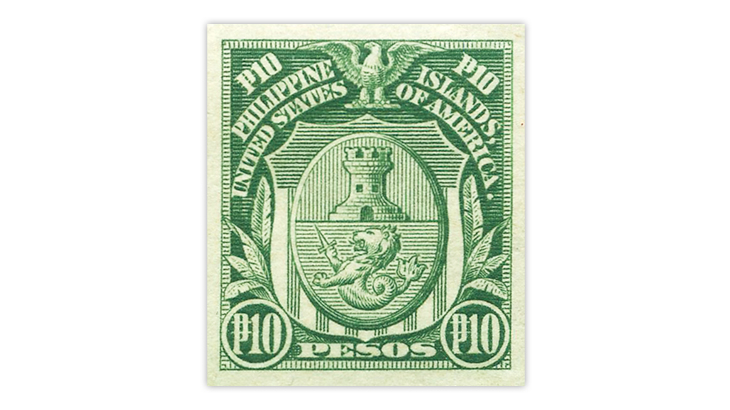 The Philippines 1925-31 set of 14 imperforate definitive stamps (Scott 340-353) is in demand in unused, hinged condition and mint, never-hinged condition. It is a good buy at 80 percent to 100 percent of Scott Specialized Catalogue of United States Stamps

The United States acquired the Philippine Islands in 1898 as a result of victory in the Spanish-American War. Postal service was established shortly after on May 1, 1898. The Philippine Organic Act of 1902 established the Insular Government of the Philippines with a governor general appointed by the U.S. president and a locally elected Philippine Assembly.

The Commonwealth of the Philippines was established in 1935 as the final step on the road to independence. World War II and the Japanese conquest and occupation of the islands delayed full independence until July 4, 1946.

From 1925 to 1931, the Philippines issued a set of 14 definitive stamps (Scott 340-353) using the same designs as the definitive set of 1906-23, but the stamps in this set were imperforate whereas those in the earlier set were perforated gauge 12.

The Scott Specialized Catalogue of United States Stamps and Covers values the set at $339 in unused, hinged condition and $636.90 in mint, never-hinged condition. The set is a good buy at 80 percent to 100 percent of Scott catalog value.