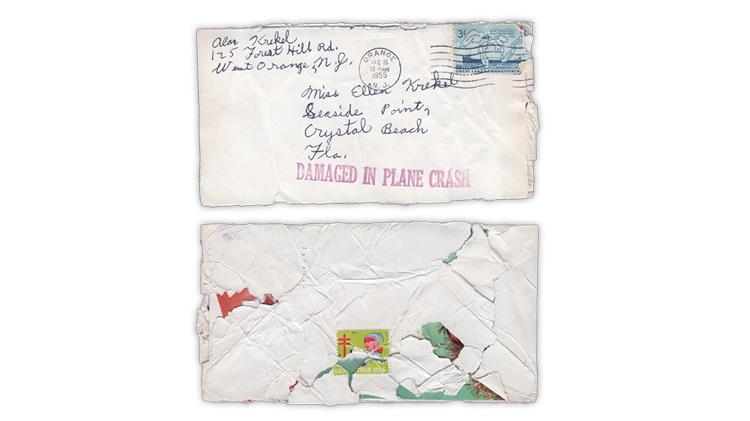 Figure 1. Shown front and back, this envelope survived a plane crash on Dec. 21, 1955, at Jacksonville, Fa. It is especially notable for the 1955 Christmas seal on the reverse. 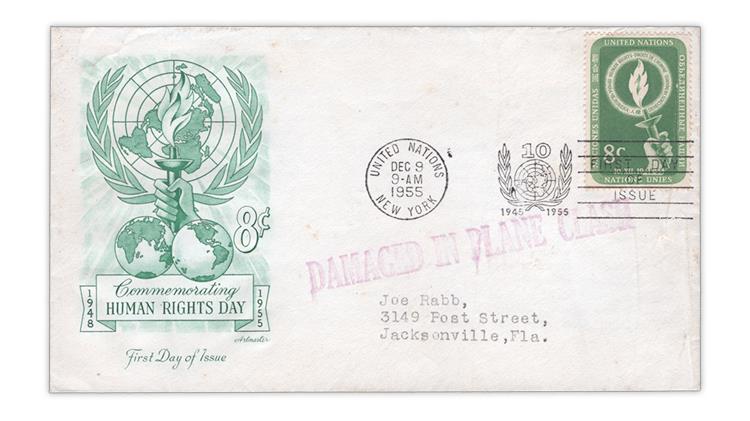 Figure 2. This United Nations first-day cover also survived the Dec. 21, 1955, crash, but whoever made up the handstamp made a mistake. The message refers to a “PLANE CLASH.” 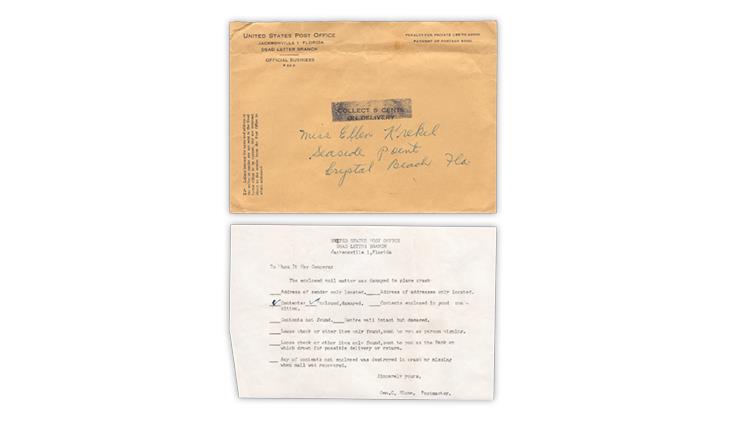 Figure 3. The Figure 1 cover was so badly torn that it had to be delivered in this dead letter branch penalty envelope with an enclosed mimeographed message.
Previous
Next

Auxiliary markings are those messages that the United States Postal Service adds to envelopes that are damaged, undeliverable, delayed, owe postage due or are heir to any number of other problems that can affect the post.

Determining what went wrong and how the Postal Service dealt with it is meat and potatoes for collectors who specialize in this field. There is no shortage of material, but there is one caveat: This is not something you pick up the phone and order from your favorite dealer.

If you are looking for specific types of marked covers with specific stamps, it may be years before you find them and there is no guarantee that you ever will.

The proverbial great white whale for me is finding plane crash covers bearing the stamps in which I specialize: the 1937 50¢ Trans-Pacific airmail (Scott C22), the 1946 large 5¢ DC-4 Skymaster airmail (C32) and the 1957 Cipex souvenir sheet (948). Years of searching and inquiries have brought slim pickings, no leads and frustration.

But I’ve had better luck finding Christmas seals on these crash covers. Over the years, I have come up with examples from 1934 and 1940, and two different crashes in late 1955. I will look at the latter in this column.

The cover shown front and back in Figure 1 was sent from Orange, N.J., to Crystal Beach, Fla. Mailed Dec. 16, 1955, it was on an Eastern Airlines flight carrying mail from New York City to Jacksonville, Fla. The plane crashed well short of the runway on approach to Imeson Municipal Airport at 3:40 a.m. on Dec. 21, 1955. The five crew and 12 passengers were killed in the crash or the fire that subsequently consumed the plane.

Of the 3,400 pounds of mail recovered, 300 covers were damaged. They were marked as shown in Figure 1. But in the rush to prepare the handstamps, one was made incorrectly as can be seen on the “Plane Clash” Dec. 9, 1955, first-day cover for the United Nations 8¢ Human Rights Day stamp (Scott 40) in Figure 2.

The 1955 Christmas seal cover was so badly damaged that it had to be sent forward using a postal penalty envelope with the dead letter office message shown in Figure 3.

Not exactly a Christmas message in 1983