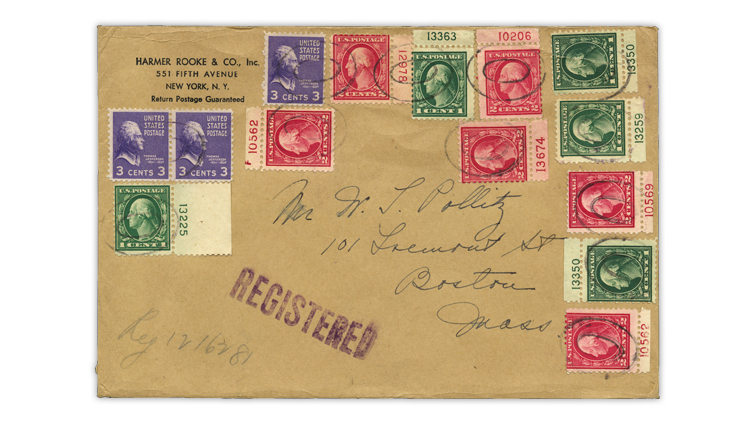 Figure 1. Sent by a dealer to a favored customer, this 1941 cover bears 1¢ and 2¢ Washington plate number singles and three 3¢ Jefferson stamps. The total face value of the stamps is 26¢, which paid for first-class postage and registration fees. The recip 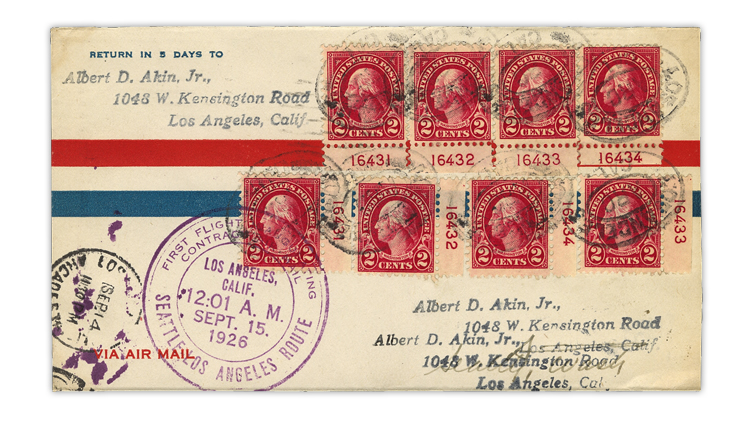 Figure 2. This Sept. 15, 1926, first flight cover is franked with eight 2¢ Washington plate number singles. The 16¢ in postage overpays by 1¢ the contract airmail route charge for flights between 1,000 and 2,000 miles.
Previous
Next

If you are a stamp dealer writing to an especially good customer, you would certainly want to send your wares in an envelope with a franking that the customer would appreciate, either special stamps or special forms of routine stamps.

Harmer Rooke & Co. of New York City did just that with the registered cover shown in Figure 1.

Sent Nov. 29, 1941, this registered cover bears 26¢ in postage. All but three of the stamps were Washington-Franklin 1¢ and 2¢ plate number singles that had been issued 20 or more years earlier. The other three stamps were examples of the 3¢ Thomas Jefferson of the 1938 Presidential, or Prexie, issue.

The customer thought enough of the cover to retain it. Wouldn’t you be delighted to get such a mailing?

For fans of plate number singles, the national group that encourages collectors and promotes this collecting area is the American Plate Number Single Society.

The society publishes a quarterly newsletter titled Plate Numbers, offers mail auction through the newsletter and has a website. Members can post a free classified ad in the newsletter, and the society sponsors a catalog discounted for members.

Have you come across plate blocks with no plate numbers?