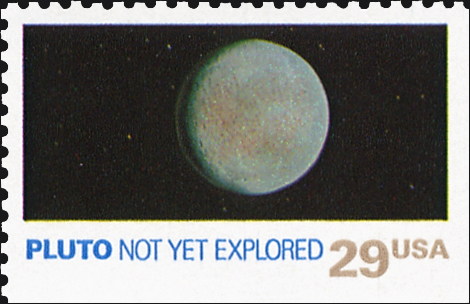 A 1991 U.S. stamp featuring Pluto is headed to the dwarf planet on board NASA's New Horizons robotic probe. 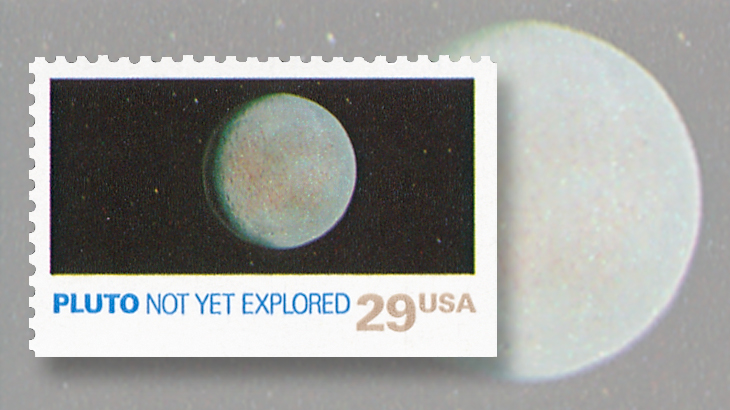 A 1991 U.S. stamp featuring Pluto (U.S. Scott 2577) is headed to the dwarf planet on board NASA's New Horizons robotic probe, which will soon render the phrase featured on the stamp, "Pluto: Not Yet Explored," outdated, according to CollectSpace.com.

"The phrase, which first appeared in 1991 along the bottom of a 29-cent U.S. postage stamp depicting Pluto, is now affixed – in the form of one those 24-year-old stamps – on NASA's New Horizons robotic probe, which as of Tuesday (July 7) is just one week out from flying by the mysterious dwarf planet," a July 7 post on the website reads.

CollectSpace.com reports that the stamp on board the New Horizons probe will have traveled further than any stamp has traveled before.

"Canada Post is removing the Dinosaur Provincial Park stamps from sale, recalling all of the $1.20 stamps from post offices and retail outlets nationwide, and will scrap them and replace the design on the stamp with a new, accurate image."

"The United States Postal Service is unable to document cost savings from its decision to print postage stamps on paper that cannot be soaked off envelopes."

"The top lot was a cover from Romania franked with an 1858 54-parale stamp showing the classic bull’s head Coat of Arms design, neatly postmarked in Galatz and addressed to Jassy, which was described as a new discovery."