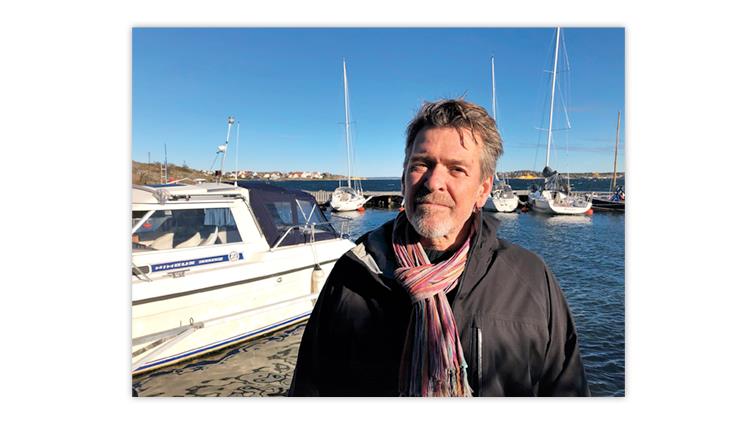 Stamp engraver Martin Mörck is planning to attend the 2023 Great American Stamp Show this August in Cleveland, Ohio, and meet with collectors. At the show, he will celebrate his 1,000th stamp, which will be issued by the Faroe Islands. 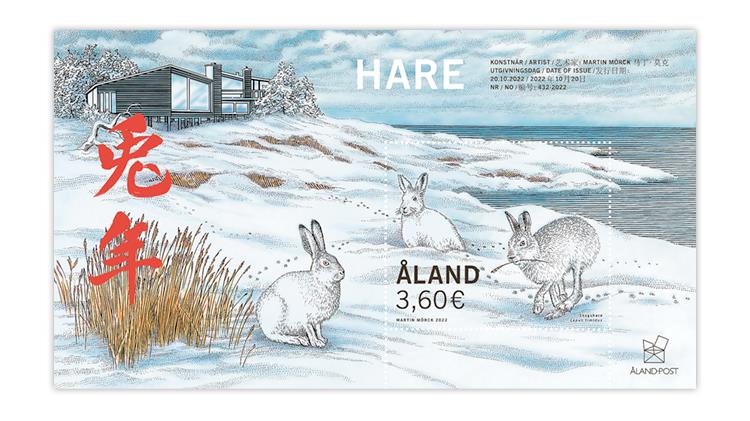 Mörck’s design is showcased on the Year of the Rabbit souvenir sheet issued by Aland in October 2022.
Previous
Next

The number 1,000 is key to two separate celebrations to take place at the Great American Stamp Show Aug. 10-13 in Cleveland, Ohio.

The Faroe Islands will celebrate its 1,000th stamp issue, and Norwegian-Swedish artist and master engraver Martin Mörck’s talents will be highlighted in a celebration of his 1,000th stamp.

Separate ceremonies for these epic moments will take place Aug. 10 and Aug. 11.

To date, Mörck has designed and/or engraved nearly 1,000 different stamp motifs that have appeared on more than 1,100 stamps issued by 28 postal administrations around the world. Shown nearby is a photograph of Mörck and an image of his Aland’s Year of the Rabbit souvenir sheet issued in October 2022 is shown here.

The two Faroe Islands stamps to be issued at the show are still in development, but information about them was recently revealed.

The Faroe Islands’ 1,000th stamp will be issued Aug. 10. Posta Faroe Islands described this as a “mini-sheet [souvenir sheet] with 1 stamp” featuring a design by Faroese artist Edward Fuglo showing “the cairns.” Cairns are man-made piles of stones used as trail markers throughout the Faroe Islands. This issue will be hand-engraved by Mörck.

Then, on Aug. 11, Mörck’s No. 1,000 will be issued in a souvenir sheet with one hand-engraved stamp based on the 1933 Faroese painting Returning from fishing by Emil Krause.

Mörck attempted to come to the United States in May 2020, but that trip was canceled due to the COVID-19 pandemic. And similar efforts in 2021 to attend another stamp show also were unsuccessful.

Now, thanks again to the organizing efforts of a prolific collector of Mörck’s works, Armagan Ozdinc, and sponsorship of travel expenses by Linn’s Stamp News, Mörck is planning to attend the Great American Stamp Show at the Huntington Convention Center of Cleveland in Hall C at 300 Lakeside Ave.

Ozdinc also is planning the two first-day ceremonies and facilitating the Posta Faroe Islands with travel plans to attend and staff a booth at the show.

The times and additional details about both first-day events, which are sponsored by Linn’s, will be revealed at a future date.

Throughout the show, collectors will have an opportunity to meet this master engraver and designer at Linn’s booth and at the Posta Faroe Islands booth. Mörck also will be available to sign stamps he has designed and/or engraved.

So, mark your calendars now to attend the Great American Stamp Show in Cleveland. It is an honor that both of these historic events will take place in the United States at one of the largest philatelic events in the world for 2023.

For information on the stamp show, visit the website.